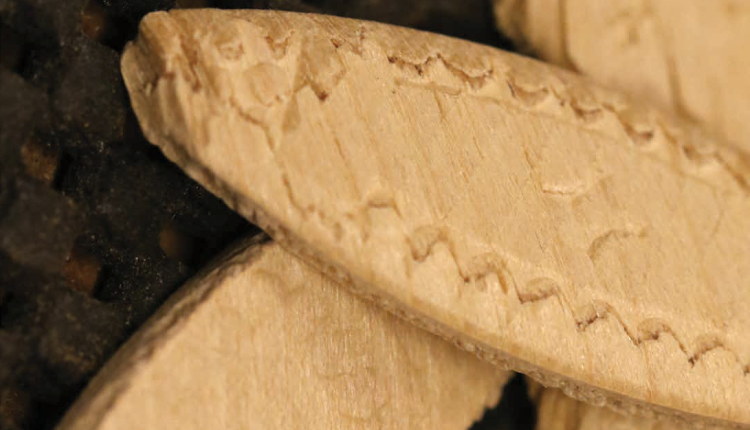 When more is not better: adhesive crosslinking

WHAT HIGH SCHOOL ESSAY would be complete without first citing a definition of the topic at hand? “Fishing: to understand the art of fishing, we first need to define, ‘what is a fish?’”

However, high school or no, sometimes a definition is warranted — particularly when the topic is not obviously clear.

Take technology, for example. To many, technology has come to mean that busy, buzzy cloud of electrons that conveys a lie from an anonymous server to a sucker. It is what makes elementary school kids wax eloquent for the world on the topics of diversity, the coming ice age and how to force other people’s compliance in diet. It is a way to entice people to believe that which is not.

Did you see the latest digital scam involving LinkedIn? The November 12 issue of AdAge reported that, “LinkedIn found a glitch in its ad platform that led to inflated numbers for more than 400,000 advertisers over the past two years, and the company said it was working to refund those affected while adopting greater transparency measures.”

Those currently following the American election snafu over digital ballot counting with Canadian software should take to heart the risks inherent in trusting that which is not trustworthy.

If you have been following Wood Industry’s editor, Kerry Knudsen, over the past 24 years, you will recall we have been unswerving in our analysis of “digital.” The Internet is good at two things: archiving and searching. This makes it valuable for retail, rapid (if unreliable) communication and temporary storage. It is, as we can see, inherently vulnerable to abuse. As we have reported, the two products that seem consistent throughout the internet period from 1983 to present are pornography and theft.

Other technologies are more comprehensible. They deal with ways to make stuff make other stuff. Take glue, for example.

Glue has been around for at least 5,000 years, at which time it was used in what we now know as Egypt to make furniture. The ancients had figured out that chairs work better when they stick together.

Sticking together is the essence of adhesion, and adhesion is likely the most advanced and most important technology we use across the spectrum of secondary wood products in Canada.

One would think that if you had an adhesive that could stick wood together for five millennia, you could just call it “good” and move on to marketing or something. However, it didn’t work like that. In addition to sticking wood to wood, people wanted different functionality and decoration, so it became desirable to adhere leather, metals, glass, jewels and other materials. Some products, such as spears and shields, served different functions than did chairs, and needed different properties in an adhesive. 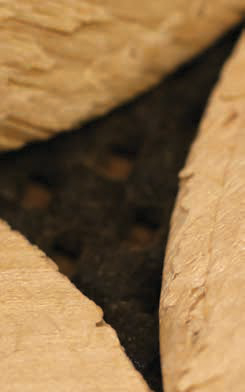 For the most part, adhesives throughout the ages were basically just organic compounds of one sort or another. For example, letters were of critical importance in areas of religion, diplomacy, administration, the law and just plain-old love. It would be millennia before envelopes came with a lickable sticky part, so there was soon a need for an adhesive that would adhere to the parts of an envelope or document that would not destroy the document or envelope when it was opened, and sealing wax was born.

Fast-forward a few thousand years, and scientists and industrialists discovered that petroleum products could be modified through a heat process called “cracking,” which produced all the “thanes,” (ethane, butane, propane, hexane, octane, etc.) and left a sludge. The sludge could then be further modified into “stuff,” some of which was sticky.

One of the first industries to become interested in organic compounds as adhesives was the shoe industry. Throughout the ages, it was always handy that boot soles could be laminated to shoe uppers with animal or plant glue, but they had a problem keeping them laminated. Polymers could be used to make a more durable bond, but they started out not being flexible, so the search was on.

The secondary wood sector, of course, had been in need of a suitable adhesive for as long as chairs and tabletops existed. Whether using huge slabs of “live-edge” or hundreds of wooden laths, raw wood is a difficult substrate. Boards nailed to boards work free under years of humidity and temperature fluctuations, and veneers and inlays on wood products tended to cost a lot and had to stay in place.

So that’s the history. For over 5,000 years, basically one technology had to be sufficient. Then polymers came along, and technology, in its most accurate sense, came into play. Most importantly for flooring adhesives, that technology deals with “crosslinking,” or a crosswise connecting part (such as an atom or group) that connects parallel chains in a complex chemical molecule (such as a polymer).

Crosslinked adhesives have given us epoxies and other multi-part options in bonding. According to Practical Adhesion – Beyond JKR: Crosslinking by Prof. Steven Abbott, “Classic ‘strong’ adhesives such as epoxies make it obvious that crosslinking is a good thing for adhesion.” However, Abbott cautions, “Unfortunately the opposite is very often the case. Many formulators are familiar with the addition of an extra 0.5 percent of some crosslinker to provide even stronger adhesion, only to find that adhesion fails catastrophically.”

Over the years, readers of Coverings have been informed by the columns of Christopher Capobianco and Chris Maskell with the NFCA that failed adhesion remains either the top, or one of the top, reasons for job liability and loss across all flooring sectors — residential, commercial and institutional. When we hear Abbott say that the addition of ½ of one percent of a crosslinker can result in catastrophic failure, it is time to take notice.

Abbott says, “Our intuitions about how crosslinking can increase adhesion across an interface are often wrong. For example, we would think that ‘more’ is ‘better.’ In reality, a low level of crosslinks is ideal to give much-needed dissipation and a high level gives a brittle bond.”

The Rise in Wood Manufacturing

Partnership and Collaboration Strengthens the Industry

Do I Have to Hashtag?