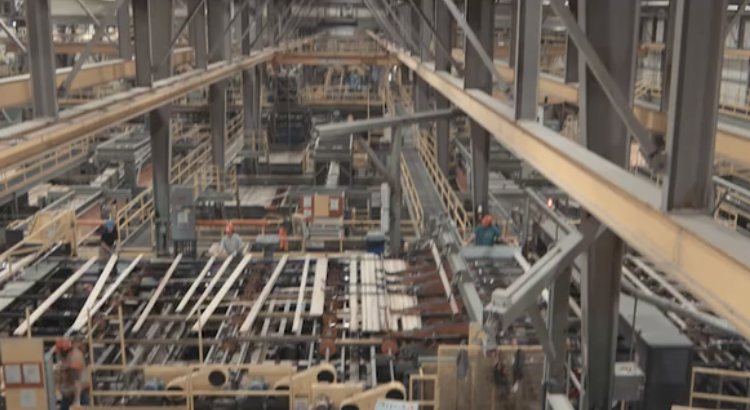 West Fraser Timber Co. Ltd. recently announced that it has agreed to acquire Georgia Pacific’s oriented strand board (OSB) mill near Allendale, South Carolina for approximately $280 million. The transaction is anticipated to close following successful completion of US regulatory reviews and satisfaction of customary conditions. Management will provide an update, and further details about the transaction on West Fraser’s third-quarter earnings call on October 28, 2021. All dollar amounts in this news release are expressed in USD.

The Allendale facility, which initially began producing OSB in 2007, has been idle since late 2019 and has an estimated stated capacity of approximately 760 million square feet (3/8-inch basis). The company intends to invest an estimated $70 million of additional capital to upgrade and optimize the facility in preparation for its restart. This upgrade is anticipated to take approximately nine months to complete. The mill is expected to directly employ approximately 135 people and be one of the lowest cost mills in the Company’s OSB portfolio after the optimization is complete and the mill has ramped up to full production, a process that typically takes 18-24 months after the restart.

The Allendale acquisition offers another opportunity for West Fraser to create value by deploying the company’s expertise at successfully reinvesting in and restarting idled OSB mills. Recent West Fraser OSB mill restarts include Chambord, Quebec, in March 2021, Huguley, Alabama, in 2017, and Jefferson, Texas, in 2013. After modernization, the Allendale facility will enhance West Fraser’s OSB portfolio with its attractive location in the US South, where fibre is abundant and low-cost. The mill’s additional OSB capacity will also give West Fraser the flexibility to better meet customer demand, particularly from large, growing end-markets in the southeastern US.

“We look forward to acquiring and upgrading the Allendale mill to make it another component of West Fraser’s low-cost production portfolio. Further, the additional production capability will provide greater operational flexibility across our OSB mill portfolio to meet demand growth for our engineered wood products, including for our specialty and value-added products,” said West Fraser’s President and CEO, Ray Ferris. “We have the leadership, people, and know-how to execute on the capital and upgrade plan for this mill and expect to be ready for a restart within nine months of the acquisition closing based on current demand conditions.”

West Fraser intends to finance the acquisition with cash on hand. The total investment for the Allendale acquisition is expected to be at a significant discount to the costs of an equivalent greenfield OSB mill while requiring a shorter time to initial production. Based on West Fraser’s latest internal analysis, the returns of this mill acquisition and investment are expected to be commensurate with those for other capital projects of similar magnitude.

Using Teams in a project-focused environment