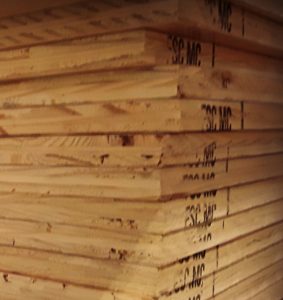 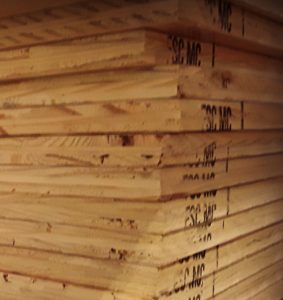 After years of industry associations cooperating with the U.S. Environmental Protection Agency (EPA) on formaldehyde emission standards, a recent position reversal by the EPA prompted a court decision to allow the rollout of the standards to continue, but at slower pace.

On February 16, 2018, the U.S. District Court for the Northern District of California issued an order granting plaintiffs’, the Sierra Club and A Community Voice-Louisiana, motion for summary judgment. The court determined that the U.S. Environmental Protection Agency’s (EPA) final rule delaying the compliance date for the formaldehyde emission standards for composite wood products (Delay Rule) exceeded EPA’s authority under the Formaldehyde Standards in Composite Wood Products Act (Formaldehyde Act) codified as Title VI of the Toxic Substances Control Act (TSCA), vacated the Delay Rule, and set aside the year-long extension to December 12, 2018, of the compliance deadlines set out by EPA in the Delay Rule.

In the latest ruling on March 13, however, the compliance issue was clarified, according to the Composite Panel Association (CPA), based in Leesburg, Va.

“The Court’s vacatur (proceeding annulment) will be applied prospectively from June 1,” states CPA president Jackson Morrill, “which will be treated as the new manufactured-by date. This ensures that composite wood products and finished goods containing them that are produced between December 12, 2017 and June 1, 2018 are not treated as out of compliance with the regulation.”

The EPA now will recognize as TSCA Title VI compliant all CARB 2 certified panels and finished products made with those panels until March 22, 2019.

“Panel manufacturers and finished goods manufacturers will be able to label their products made with CARB-2 certified panels as TSCA Title VI compliant during an interim period from June 1, 2018 – March 22, 2019,” states Morrill.

According to Betsy Natz, c.e.o. of the Kitchen Cabinet Manufacturers Association based in Reston, Va., the work regarding restricting the use of formaldehyde has not been lost. “This has been a collaborative effort between Sierra Club, EPA, KCMA and a number of other trade associations,” states Natz.

“Our collective associations were able to provide EPA and the Sierra Club critical information on the practical implications of setting compliance dates that were unworkable to our respective industries. We were pleased that Sierra Club recognized the difficulty in early labeling and proposed adding a provision that would allow companies to continue to sell CARB Phase 2 material until March 22, 2019.”

The position of the KCMA was echoed by the CPA. “The settlement represents a remarkable example of cooperation between environmental groups, industry, and the government, which has characterized the efforts on this issue since 2008,” according to Morrill.

Another box builder? No.

When it comes to vacuum hold-down: Don’t suck