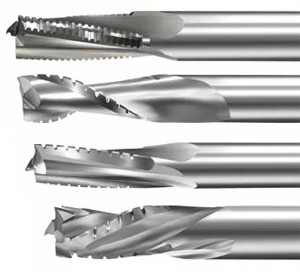 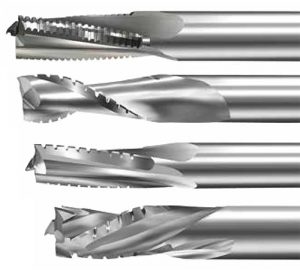 Series 9000 and 9100 three-flute low helix roughers are designed for high-feed rates on CNC routers and are used when surface finish is not important.

Suitable for dense materials such as hardwoods and plywood, the Series 9000 roughing tools run quieter and leave less of a “rippled” edge, the company says.

Series 9200 and 9300 two-flute chipbreaker spiral tools feature chipbreakers that are staggered on each flute to produce a smooth cut, but may leave a visual line in some situations.

These tools run quieter and last longer as they break the chips up even smaller, the company says.