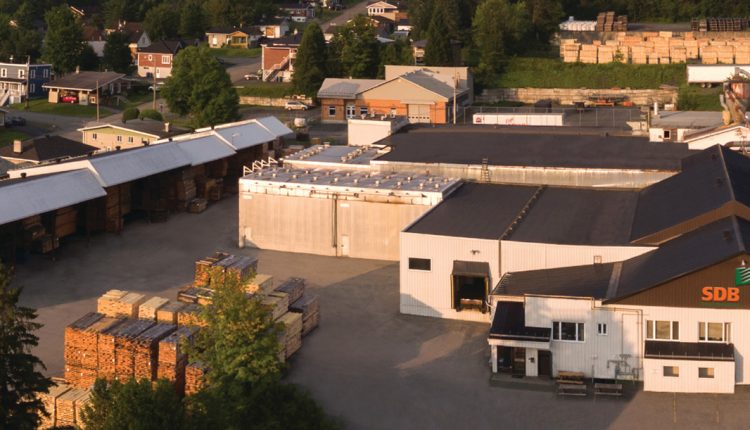 Three workers have died after an explosion in Beauceville, Quebec, at the Bois Ouvré plant on September 20. Bois Ouvré Beauceville specializes in drying finger-jointed and laminated wood and transforming it into window and door components. With two plants and over 170,000 sq. ft. of production space, the company processes more than 30 million board feet of conifer each year.

The victims are Jean Lachance, 51, Mario Morin, 57, and Martin Roy, 50. Three more, still unidentified to the public, passed away the following day in hospital due to their injuries. Three additional people are still in hospital in critical condition as of September 23.

“Our members are all in shock,” said Local 9153 President Eric Filion.

The event occurred after workers tried to control a fire that broke out while subcontractors performed repair work on the plant’s roof. The Sûreté du Québec (SQ) officers were called at 7:30 a.m. to the blaze; firefighters and ambulance crews were also dispatched to the scene. SQ says an investigation is still ongoing to determine the cause of the fire that led to the explosion at the plant.

Union representative François Cardinal says the organization plans to help “all those affected by this disaster.”

Beauceville Mayor François Veilleux called the event “very sad” in a statement Monday: “Let us all have a thought for all the people who are directly and indirectly affected by this fire.”

LIGNA.Innovation Network kicked off on Monday