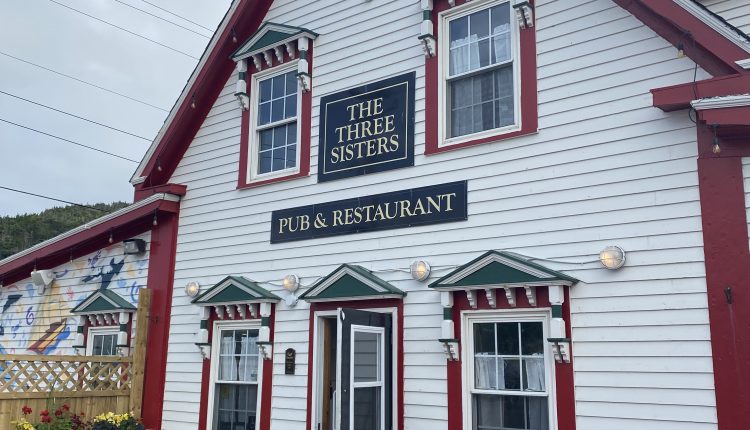 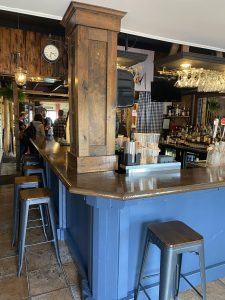 A couple of weeks ago, I took a little staycation with some friends; we got out of town and rented an Airbnb along the Cape Shore of Newfoundland, just a couple hours from home in St. John’s. We expected scenic drives, rocky beaches, and s’mores — a little break from work and our daily lives. What we weren’t expecting was the wildlife (moose, caribou, foxes, eagles, and gannets all over the place), the stunning waterfalls at Cataracts Provincial Park, or the intriguing history behind the building where we ate brunch.

We stopped at The Three Sisters’ restaurant for brunch in Placentia. The building was a beautiful registered heritage structure built in 1883. Once we got inside, I was struck by the unique woodwork throughout the building. The walls were made from beautiful, thick, rich boards. The wood looked old, and knowing the area only grows small softwood pine trees; I knew there had to be a story in these walls. 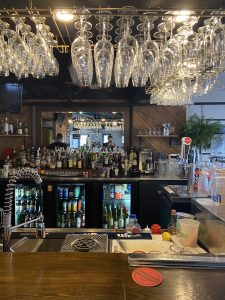 I couldn’t help but take a break from my vacation, put on my editor’s hat, and ask about the building once I finished my banana bread french toast. In true Newfoundland hospitality fashion, the manager immediately offered to give me a tour of the building and tell me some history about the area.

“This building was actually built out of the timbers of a ship,” explained Nathan Day, the manager, as we stepped outside into the parking lot, which was right on the water. “This whole part here used to be a dock and stores where you could buy things like fishing supplies and nets, workshops, all that kind of stuff. And there’d be tall ships that would come right in. It was the port to the entire old city.”

The area was colonized by the French and the Irish, who fought over the land for years. Ultimately, the French were chased away to Cape Breton, and Plaisance became Placentia. 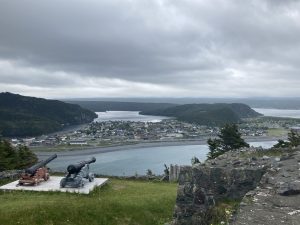 The Byrne family were the people who first came over and built this building. It started out as a merchant’s home, and they built these two side pieces after the fact,” he explained. “The Irish would bring the serfs over, and they’d go out into the hills to plant things. The Irish were really the only ones who knew how to grow anything in this climate.”

We headed back into the restaurant to the sounds of live local music, and he pointed to the boards which had initially caught my eye. 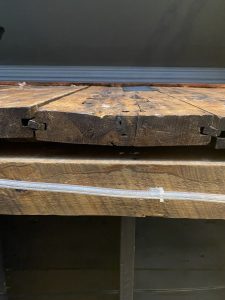 “These are the original ship boards — the tongue and groove ship boards —  you can see they’re kind of bowed, right? They used to take those grooves and pitch them with tar and then built the exterior walls out of that. And that would be the seal,” he explained as we made our way upstairs. He pointed out the wooden beams of the roof, all visible from inside the upper dining room. “The banister, this, it’s all original.”

The building was first the private residence of merchant James E. Croucher who immigrated from Ireland. In fact, we believe that it was built from the ship that they sailed over on. In the early 1900s, the residence was sold to the Byrne family, who turned it into a general store by adding two small extensions to the building. Byrne’s Dry Goods, known locally as “Belle Byrne’s.” The general store carried all manner of goods from sneakers to twine to mend fishing nets and was a fixture in the community for almost 90 years. In the 1990s, the family converted it into a seasonal restaurant and sold it to the current owners, the Whelans, in 2008. 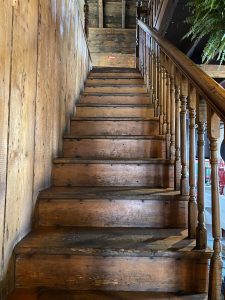 The 138-year-old building is now a thriving eatery and pub. They also offer house-made gelato, picnic baskets, and a full-service patio with live entertainment in summer and spring. The historic building specializes in classic Newfoundland cuisine with a contemporary twist, bringing together old and new worlds with a side of timeless hospitality.

9 Steps To Cut Your LTL Shipping Costs Up To 20%