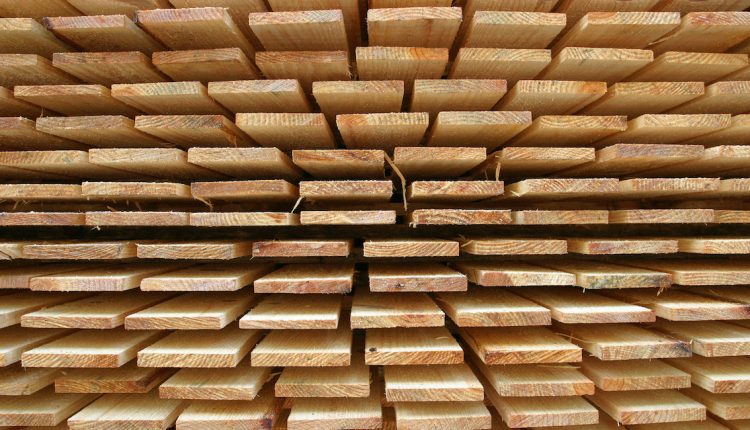 The Rise in Wood Manufacturing

It’s boom days ahead for Canada’s wood manufacturers. Changes to the National Building Code, potential legislation, and growing interest in wood-based building materials is creating high demand for stakeholders throughout the industry.

“The groundswell of activity and interest going on right now in the wood manufacturing sector is incredibly high,” says Hardy Wentzel, CEO of Structurlam, a mass timber products manufacturer out of Penticton. “I’ve spent my entire 30-plus-year career in the engineered wood products space, and I’ve been at the frontlines of many new engineered wood product developments, but I’ve never seen a renaissance or building construction boom like this ever before.”

The NBCC changes are coming into effect in 2020, after which they will take time to filter down into individual provinces and territories. That said, the B.C. government is working to implement the changes ahead of schedule.

“Changes to the National Building Code that allow for taller wood buildings take effect next year, but we’re not waiting to get started,” announced B.C. Premier John Horgan in early 2019. “Our government is ready to work with communities to build safe, secure, and green tall wood buildings that will create jobs, grow B.C.’s value-added sector and realize our low-carbon future.”

B.C.’s move to adopt the new mass timber building amendments earlier than other provinces is slated to give the province’s wood manufacturing players a head start as more wood developments enter the pipeline. As such, it is a strategy embraced by the B.C. branch of Wood WORKS!, a Canadian Wood Council program that promotes the use of wood in commercial, industrial and institutional projects.

“The B.C. government is working on getting the code adopted and implemented by the end of 2019, and that’s a big deal,” says Lynn Embury-Williams, executive director of Wood WORKS! BC. “That’s the earliest in across the country, and it’s a signal to all the developers out here to get ready for a large number of taller wood buildings that will soon begin construction.”

Mass timber products have surged in popularity over recent years. Initially conceived in Europe, the technology became popular in Canada around 2012 when the NBCC was altered to permit wood building construction up to six storeys. Shortly after that, Structurlam became one of the first manufacturers in North America to bring the technology to domestic markets.

“Mass timber took off quickly as a mainstream building product at the time, and that was largely to do with the fact that B.C. already had a very strong wood building culture,” recalls Wentzel. “Wood is abundant here, and we’re keen to use wood wherever we can.”

Traditionally, mass timber manufacturers like Structurlam have sold a bulk of their goods in United States and China markets, with Canada representing a small (but healthy) portion of sales. Now, with new limits on mass timber projects, demand is anticipated to climb.

“There has traditionally been a lot of raw material supply heading to other markets, and it has taken quite a while to build up enough demand in B.C. and elsewhere in Canada for producers to become interested in producing mass timber products,” says Embury-Williams. “Now, with the upcoming code changes, we have new producers announced in B.C., and I believe they’re going to see increased demand for their products within the province.”

Structurlam is taking steps to prepare for that demand. In addition to increasing their supply, it’s consulting with industry stakeholders to both promote the benefits of mass timber and assist in its adoption.

“We’ve been working with different forms of wood for 57 years. We know how to speak the industry’s language and we’re ready to scale up,” says Wentzel.

Making a case for wood

Wood’s growing popularity is well deserved. In addition to enabling faster construction than more traditional materials, its environmentally friendly attributes give it an edge among today’s eco-forward building owners and developers.

“From a sustainability perspective, there’s nothing better in construction than wood. You can harvest it, replant it, and grow more while you’re using it. It’s completely renewable,” says Wentzel, adding, “All the while, wood can also absorb and sequester carbon, making it a positive contributor to the environment.”

It helps, Wentzel continues, that wood is abundant in regions like B.C., where it is integrally tied into the province’s economy. “B.C.’s forestry industry is among the most sophisticated in the world; primarily, because it represents a significant tax base for the province. Out of the millions of hectares available, less than one per cent is harvested annually.”

“We love working with wood and we have a very well maintained ecosystem that allows us to do that,” he adds.

In addition to upcoming National Building Code changes, there are also initiatives like B-354, which seeks to require the Federal Government to consider wood in federal infrastructure projects. Combined with enhanced interest in wood-building designs and growing awareness for wood’s sustainable and eco-friendly properties, the forecast is bright for all manufacturers.

As for the B.C. industry’s prospects, Embury-Williams says the province is poised to lead the wood revolution ahead thanks to its experienced players and industry history. “The industry in B.C. has grown significantly and is producing technologically advanced wood products and building systems for a new generation of buildings being planned for our urban streetscapes. An established and
well-aligned supply chain, together with the benefits of prefabrication and construction efficiency offered by wood, help achieve cost competitiveness and other advantages. Today, our capabilities and ability to innovate in the wood manufacturing space are almost second-to-none, with seemingly endless possibilities for wood in building and design.”