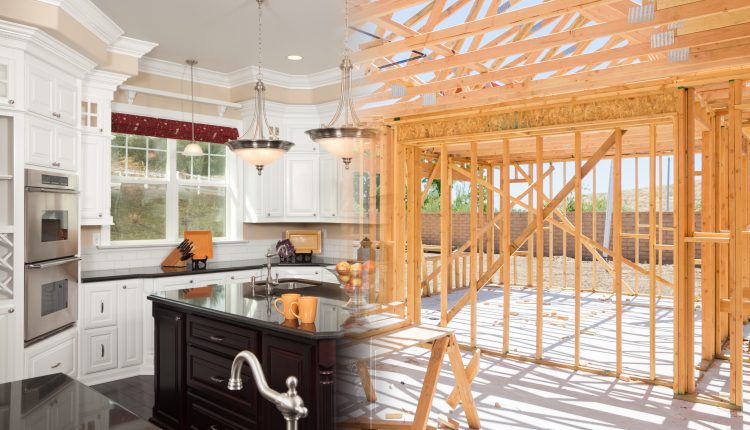 In regular cycles, when faced with the twin realities of rising inflation and rising rates, demand dries, and home prices tumble. But these are not standard times. Although demand has fallen sharply – new and existing home sales are down YOY 30% and 20%, respectively – home prices are dropping but are not, by any means, experiencing a noteworthy decline. To get a sense of what’s happening beneath the surface, let’s look at the situation from each group’s perspective: home buyers, sellers and builders.

Home inventory has been hovering near record lows for quite some time, resulting in a very competitive buyers’ market. As late as this past spring, according to Realtor.com, inventory was 60% lower than the same period two years earlier. This means that for every five homes on the market in April 2020, there were only two for sale in April 2022. Median home prices during that same period shot up 32%, yet buyers, often led by millennials, continued chasing their dream home as demand far outstripped supply.

The cost of borrowing, however, is finally forcing potential buyers to pull back. According to the mid-year update of NKBA’s Kitchen & Bath Market Outlook, 50 million households could afford a $400,000 mortgage at an interest rate of 3%. But at the 5.8% interest rate reported at the report’s release in July, only 32 million households could do so. Additionally, a growing number of potential buyers are backing out of deals based on affordability and the fear that any home purchase would soon fall in value if there were a recession.

Many have opted to wait for the economy to settle, hoping prices will become more attractive. A recent Redfin report noted that 63,000 home purchase agreements were called off in July, equal to about 16% of all homes that went into contract. Mortgage applications are down sharply as well, 23% below last year.

Sellers had been enjoying a supply and demand imbalance decidedly in their favour, often receiving a dozen or more bids on their homes. Winning offers often surpassed the asking price, sometimes by six figures. According to Redfin, 54% of homes sold in 2021 exceeded the asking price, well above the 26% in 2020. Additionally, Realtor.com reported that 20% of sellers dropped their asking price in August, nearly double the 11% recorded in 2021. Following the pattern of buyers, sellers are also pressing pause, with the number of newly-listed homes off by over 13% YOY.

Both buyers and sellers are in a holding pattern based on market conditions, and builders are taking notice and reassessing. According to Zonda’s webinar, Housing Market Forecast: Q3, 87% of builders said they plan to slow new housing starts. Housing starts are down 20% compared with last year. The sentiment of single-family home builders – other than a brief plunge at the beginning of the pandemic – is the lowest it has been since June 2014, according to the National Association of Home Builders (NAHB). NAHB’s August Housing Market Index (HMI) came in at 49, six points below July, its eighth consecutive monthly drop. Any score below 50 is considered contraction.

The Fed’s aggressive rate policy is helping to cool a red-hot housing market, though prices are still above the norm. Although the median home sales price in July of $403,800 was $10,000 below the previous month, reports the National Association of Realtors(NAR), it’s still almost 11% higher than a year ago. Several housing-related organizations have also recently raised their 2022 home price appreciation forecasts vs. the beginning of the year.

Some markets are experiencing price declines, and more are sure to follow, but the question experts are asking is not how far prices will fall but to what extent price appreciation will decelerate.

Project sales will likely continue to slow until the Fed puts the brakes on rate hikes. The longer-term appears promising for kitchen + bath remodels; however, as millennials flex their home-buying muscles and a significant number of homes enter the 20-39 age range, the sweet spot for upgrades.