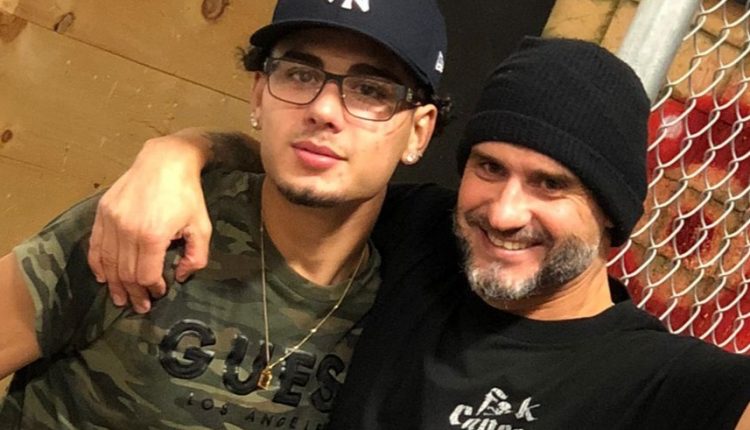 The Grain Studio: From High School Project to World-Class Business 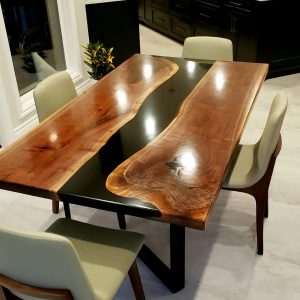 AJ Sousa remembers the grade 11 project that set him down an entrepreneurial path.

“It was a woodshop class grade, and my teacher brought in someone who did these nice charcuterie boards and gave us an assignment to make our own,” he tells Wood Industry. “After I brought the board home to spray, people would come over and talk about how interesting and unique it was, so I started making more on the side.”

One thing led to another, he recalls, and before long, both he and his seasoned woodworking father, Al Sousa, found themselves building the framework for a new venture. 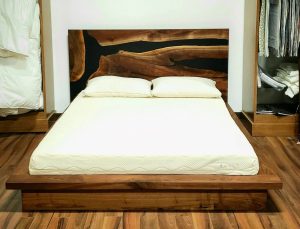 “It started with AJ making his charcuterie boards, but then he started getting requests to do coffee tables, dining tables, and other, bigger projects,” says Al, who runs his own successful business, GTA Bedding Supply. “Then, one of my mattress manufacturers saw AJ’s work and asked if he could make a headboard. He ended up doing that, and the business took on a life of its own.”

“Everything got busier and busier, and we started getting calls from people we don’t know,” AJ adds. “That was great at the time because it was good side money for me during high school.”

With the orders coming in fast and AJ growing more passionate about the woodworking trade, it was soon time to expand operations. And so, after setting up an official shop, AJ became the sole proprietor of The Grain Studio in 2018.

Four years since hanging his shingles, AJ has transformed a high school side gig into a full-time pursuit. Today, the Grain Studio is an incorporated company and a respected manufacturer of custom furniture ranging from dining tables and platform beds, office furniture and end tables, charcuterie boards and lazy Susan’s, and beyond. Its products are shipped to clients throughout North America and have landed in the hands (and kitchens) of high-profile clients, including hosts from the Food Network and HGTV. 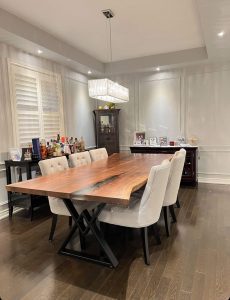 “No piece we’ve made is identical to another,” AJ notes. “One of the most common things I hear from our clients is that they’ve become conversation pieces in their home, and I love hearing that.”

AJ’s journey has not been without its challenges. In early 2022, he was diagnosed with stage 3 cancer, forcing him to slow down the business and tend to his health.

“We still made a few things for a few customers, but it was very difficult to continue with AJ being in the hospital a lot,” says his father.

Even with operations geared down, however, the Grain Studio’s reputation continued to build momentum. In October 2022, AJ was named among the Woodworking Network’s 40 Under 40 Class of 2022, which “celebrates the next generation of industry professionals who are making an impact on North American wood products manufacturing and its labour force development.” 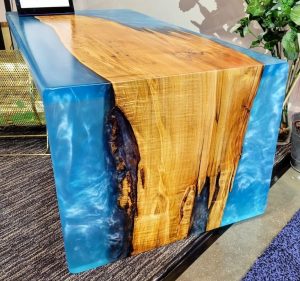 “Honestly, that was pretty crazy,” he shares. “That happened around the same time I was dealing with cancer treatment and couldn’t work as much, so to still be recognized was a big surprise and honour.”

In November, AJ and his dad received the good news that his cancer was in remission. And since getting back on his feet, AJ has wasted little time getting back into the shop.

Looking ahead, he and his father hope to continue raising The Grain Studio’s profile by strengthening its B2B connections, building its online and social media presence, and filming promotional videos documenting his creative process.

As for growing the business, AJ’s vision included digging deeper into the US market and pushing further into the high-end retail space.

“I’ve got some big plans and we’re chipping away at all of them,” he adds.