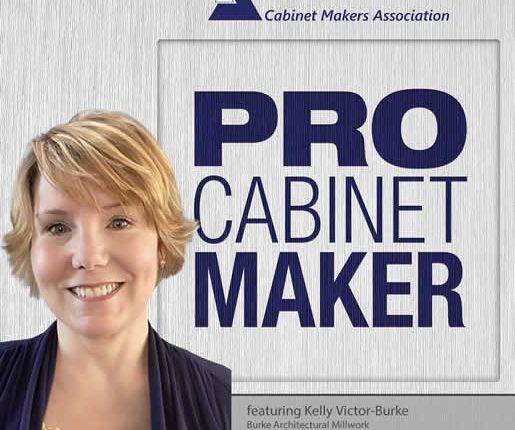 The Cabinet Makers Association Has a New Podcast

Created specifically for the woodworking industry, each monthly episode brings together a pair of industry professionals to talk about issues and challenges impacting businesses, as well as best practices to help combat those obstacles.

The first season kicked off on November 22nd with a 30-minute-long episode entitled “Help Wanted: Starting an Apprenticeship Program of Your Shop,” presented by Ken Kumph, president of the CMA.

During this first episode, Kumph talks about apprenticeship programs with Kelly Victor-Burke, CEO of Burke Architectural Millwork, who was also professor emeritus at the Eastern Michigan University for 30 years, before launching her company with husband Barry Burke.

The podcast increases the CMA’s work related to its first mandate; providing seminars and workshops at industry gatherings and woodworking shows across North America.

The CMA’s membership is primarily made up of 20 or fewer employee operations, with the vast majority of those being 1-5 person shops. They also include bigger woodworking companies and several dozen industry suppliers (called Associates) as members and sponsors of the organization.