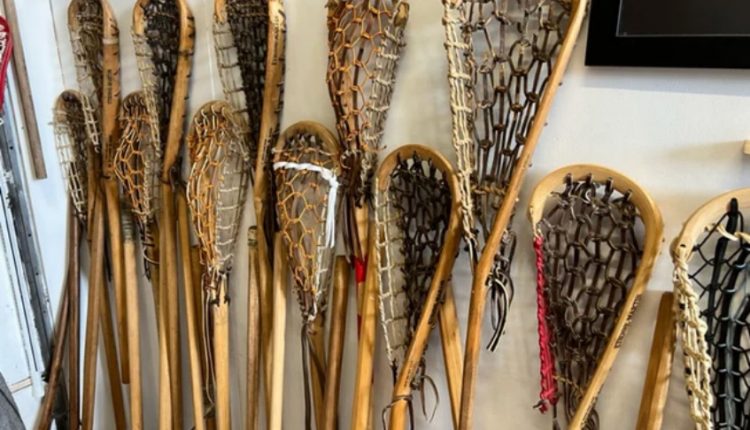 Every sport has an incredible history behind it, especially lacrosse. Cherished as one of the most exciting games in North America, it is also an integral part of Canada’s history. Lacrosse officially became the “sport of the summer” in Canada in 1994. Invented by Indigenous peoples before the 1600s, the game was a great way to enjoy time outside with healthy competition using a stickball. A number of Indigenous communities created different versions with unique names for the sport before settling on the Mohawk term ‘tewaarathon,’  which later became lacrosse. 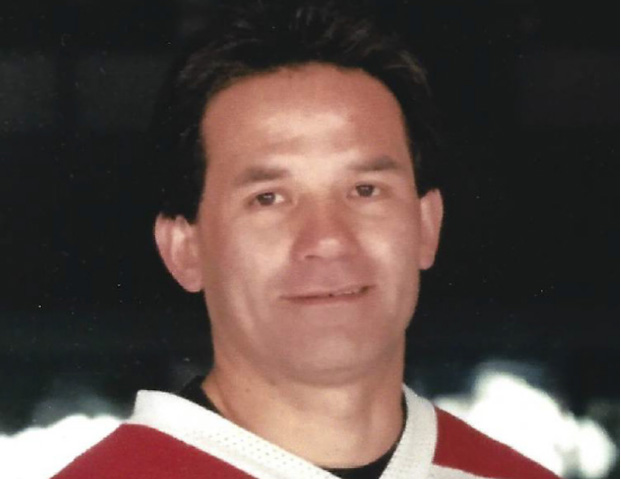 Lacrosse was designed to be played with traditional wooden sticks as Native Americans intended. Made with a single piece of wood, Indigenous lacrosse stick makers, or artisans, would bend the wood to form the head of the stick wrapping steamed hickory around a tree. This allows for catching. The process was arduous and demanding but was incredibly rewarding for both the stick marker and the player that used their creation.

Indigenous artisans were committed to their craft, however, after many years, the stick-making technique became less popular. That’s not the case for Canadian Indigenous lacrosse stick maker Lewis Mitchell. He is dedicated to continuing the tradition by fashioning his own wooden sticks using the same techniques as his ancestors. Mitchell grew up on the Akwesasne Reservation and learned how to make the sticks at his local lacrosse factory after he completed high school. Later, Mitchell began fashioning his own lacrosse sticks by hand using traditional methods and then selling them to Canadian athletes.

While working at the lacrosse factory, Mitchell explains how the now-popular plastic stick head is a more recent phenomenon and was not yet on the market. The factory helped employ over 60 people from stringers to carvers and splitters. As Mitchell’s experience grew he noticed a resurgence in the demand for wooden lacrosse sticks by many athletes. With support from the Mohawk counsel, Mitchell received a grant and built his wooden stick-making shop.

The Making of the Wooden Lacrosse Stick

Making a wooden lacrosse stick takes Mitchell around 10 hours which includes his time searching in the woods for the ideal, straight hickory tree that’s knot and branch free. Once he’s able to find it, he cuts it down, brings it back to the shop and begins to split it. In the winter months of January and February, the trees are much easier to split open than in warmer months where splitting a log is more challenging and can take over an hour. Once the log is split, he will bandsaw it to get the log into the right shape, which is a two-inch by two-inch square lengthwise and he will then shape the top of the stick.

Afterwards, Mitchell allows the wood to dry for three to four months. He then steams it for around an hour to an hour and a half and back bends the wood. To ensure the back bend stays, he places the wood in the rack for about a week. He’s able to identify whether or not the wood is completely dry by loose tree wires and then the process is complete. He bandsaws the handles to remove some of the excess wood at which point the wood is ready to be carved.

Carving takes Mitchell roughly an hour and is completed meticulously. From there, he cuts the tail off, drills the holes and completes an intense sanding. The sanding helps remove any slivers that can potentially cut the athlete that uses the stick. Finally, he puts his iconic “Handcrafted By Lewis Mitchell Akwesasne,” finishes the wood off with shellacking, and strings the head. Readying the string takes Mitchell anywhere from 45 minutes to an hour.

Mitchell is not just an Indigenous lacrosse stick artisan, he’s also an acclaimed lacrosse player. In fact, he was inducted into the Ontario Lacrosse Hall of Fame in 2019. At the age of 17, Mitchell was one of the youngest players on his Akwesasne junior lacrosse team and was voted team captain for the four years he played with the team. In 1980, he played for the Iroquois national team at the very first World Box Lacrosse Championship in Vancouver. The team went on to win a number of National Championships that continues to do the lacrosse community proud.

Playing ‘authenticallay,’ and connecting with their roots is an important part of the game for a number of athletes across the country. Mitchell and artisans like him make that possible. Although laborious, the process of selecting the ideal hickory tree to chop down, sawing it into the right size, steaming and bending its edges, then allowing it to dry for three to four months is an important spiritual practice.

Other contemporary lacrosse stick makers use advanced materials and lightweight metals, and plastics to create the product. Although this process may be completed much more quickly than the traditional method, the traditional technique incorporates spirituality, culture and heart. That’s something that cannot be rushed.

Ellie King is the Editor of Wood Industry / Le monde du bois magazine and weekly E-digest. She has years of experience in B2B writing and editing and is empowered by the opportunity to share the marvels, pitfalls and weekly news of Canada’s secondary wood industry with our readers.