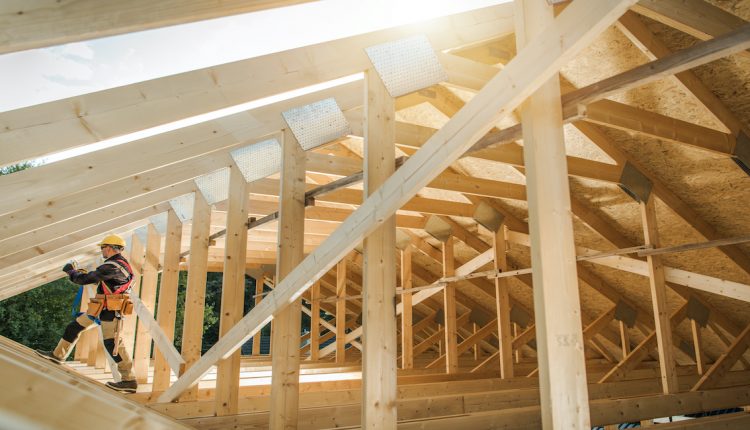 They say everything old is new again, and it must be true. Otherwise, who would’ve predicted wooden buildings would become the last word in architectural innovation?

The other significant benefit, says Grossman, “is the quality of living inside these buildings. They tend to be very occupant-friendly. They’re also very quick to put up, so the cost of production is dramatically lowered.”

Advances in the fabrication of engineered-wood products are causing a rethink of fire codes that once banned wood-frame structures over a certain size – opening the door to a whole new building trend. For instance, the Ontario Building Code was amended in 2015 to allow construction of woodframe buildings up to six storeys, while Bill 19, currently before the Standing Committee on Finance and Economic Affairs, would allow up to 14 storeys.

This is particularly welcome news in Ontario, with its plentiful supply of timber. As part of the previous Liberal government’s Five-Year Climate Change Action Plan to decrease greenhouse gas emissions in building construction, a Mass Timber Program was initiated to encourage expertise in wood construction through demonstration projects, research and education. The province has also established a Mass Timber Institute (MTI) in partnership with the University of Toronto, George Brown College, and other stakeholders.

At the federal level, between 2013 and 2017, a Tall Wood Building Demonstration Initiative (TWBDI) supported a number of key projects. This included the 18-storey Brock Commons Tallwood House at the University of British Columbia in Vancouver, which at the time was the world’s tallest contemporary wood building, and Origine Eco-Condos, a 13-storey mass-timber condominium in Quebec City.

Since then, the federal government has been encouraging the use of wood in tall buildings, bridges, and low-rise residential construction projects through its Green Construction through Wood (GCWood) Program. It provides funding to defray the extra costs of pioneering projects that demonstrate innovative technical solutions to the use of wood in building. The program’s budget currently totals $39.8 million over four years, starting in 2018-19.

Of this, $3.15 million is earmarked for research and development; $2.2 million will support specialized training; and $2.45 million will go toward four building projects currently underway. These include Green Vision Development (a residential condominium complex in North Bay) and three Toronto-area projects: The Arbour at George Brown College, the University of Toronto’s Academic Tower, and 57 Wade Avenue, a planned eight-storey office building in the transitioning industrial area between the Junction Triangle and Wallace Emerson neighbourhoods.

Toronto will see further tall-wood construction in the new Quayside neighbourhood, an approximately 4.9-hectare site on the eastern waterfront being developed by Sidewalk Toronto. As part of its innovative reimagining of the previously low-density location into a vibrant urban neighbourhood, Sidewalk Toronto plans to showcase the possibilities of tall-timber technologies in a series of buildings that will maximize comfortable year-round outdoor spaces using flexible, modular design principles.

“It’s exciting times,” said Carol Phillips, partner at Moriyama & Teshima Architects, part of the team that designed the George Brown College Arbour project. “We’re right at the edge of new and developing systems, and so we’re going to have to work together to problem-solve and find the right solutions, and be open minded, too.”

“I’m optimistic this will be a trend that will expand,” adds Grossman. “[Wood] is going to be used for both commercial and residential applications, and you’re going to see more and more of it.”

*This is a reissue of an article that ran previously in a sister publication.

No Electricity Rate Reprieve With this Lockdown