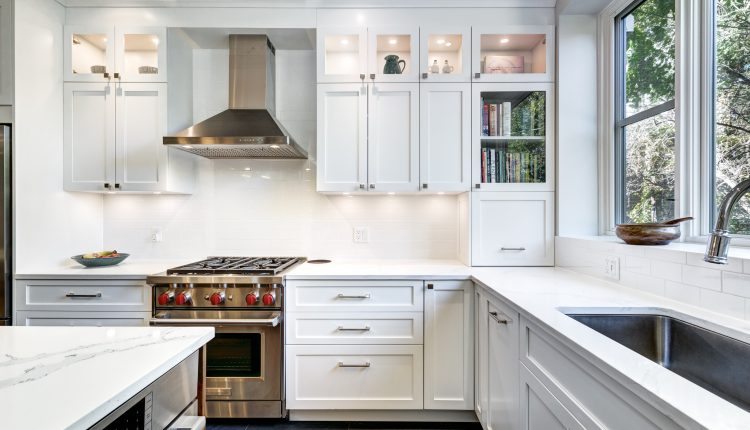 Staying Strong In A Tough Environment

The world has changed since the National Kitchen & Bath Association released its initial 2022 Kitchen & Bath Market Outlook study in January. Along with persistent inflation and the Fed’s decision to implement a series of interest rate hikes, mortgage rates are nearly double what they were at the close of 2021. Clearly, our industry is not immune to these economic jolts but remains resilient for now.

$189 billion in the current report, it still represents an impressive year-over-year increase of 16% on the heels of last year’s 19% gain. New construction is expected to be particularly strong, with a growth of 21%, unchanged from the January report. It is driven by record levels of homes in various stages of construction. Only 5% of the growth is anticipated to come from new home starts, as builders question consumer affordability in today’s high price/high rate environment. The remainder of the increase will be due to backlog moving through the system and price inflation.

Meanwhile, the remodel portion is expected to grow by 9%, 3% due to volume and mix changes, and the remainder because of inflation. The expectation is that professional spending will easily outpace DIY, with the forecast calling for a 17% gain over last year for Pro and 10% for DIY. This is due to the heavy backlog in new construction, and the resumption of larger kitchen and bath remodels that had been deferred.

The previous data aligns with the revised forecasts for high, medium, and low project spending. Although mid-range will still experience the most significant growth, 20% above last year, the forecast has been cut from a projected 26% gain in the initial report. Expected growth for low-end activity has practically been halved, from 21% to 11%. At least one contributing factor has been the sharp rise in inflation across a spectrum of goods and services that have caused some to conserve cash and pause modest projects that aren’t necessary. Bucking the trend has been high-end projects. Initially forecast to grow by 10.5%, it is now expected to climb by 15%. Rapid home appreciation leading to record levels of homeowner equity has enticed some to initiate a substantial remodel, particularly since nearly 3 in 4 homeowners have mortgages locked in below 4% and aren’t about to opt for a new home at today’s rates.

As the year progresses, all signals point to the kitchen and bath industry closing out in a strong position, supported by record levels of new construction and homeowner equity. A follow-up blog will delve into additional drivers that bode well for the near term. However, as we move into 2023 and conditions for a recession loom large; clearly, we won’t remain unscathed. That possibility will also be covered as we explore kitchen and bath spending during previous recessions and what it may mean for us going forward.