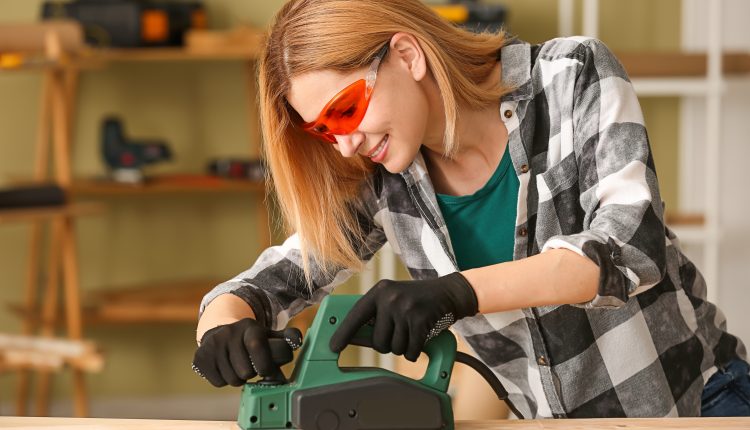 Creatives across Canada are etching their name in the wood crafting community. Among them are talented women designers, sculptors, and furniture-makers bringing unique styles and perspectives to the shop floor. 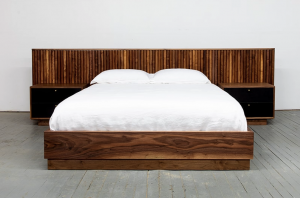 Woodwork can often be a calling. A case in point is Kate Duncan, a Toronto-based furniture designer and maker who has spent the last two decades making bespoke, hand-crafted heirloom-quality furniture. Her work is self-described as being influenced by the architecture of the Brutalist movement and features clean yet “unapologetically bold” takes on traditional desks, credenza’s, beds, tables, and other home creations.

“I come at it going, ‘Okay, these are really beautiful joints. How can I incorporate the joinery into the work without over embellishing it? And without sacrificing the traditional elements of the craft?’” Duncan noted in an interview with Montecristo Magazine. “My dad always says, ‘Keep it simple, Stupid,’ so I just try to live by that.”

Duncan caught her passion for woodworking in high school. After graduating, she spent ten years as a woodshop teacher before a motorcycle accident took her out of the classroom and nudged her into a new path.

“I found a woodshop to work in without students,” she recalls. “And then, one thing led to another, and I had clients and client meetings.” 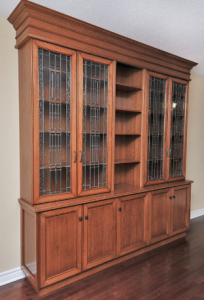 For Lucy Chapman, woodworking runs in her blood. A second-generation cabinet maker with over 35 years of experience in the trades, Chapman built her first piece of furniture when she was only 12. In 1985, she took her passion full-time, working with tradespeople throughout the industry to learn the craft. In 1991, she launched her own company and had since carved a name for herself in stylish restorations, kitchens, bathrooms, commercial sites, custom furniture, and many more unique projects.

“For Lucy Chapman, designing furniture means making it vibrant and unique. Her experience allows her to create something original and striking,” reads her website.

Music to her ears 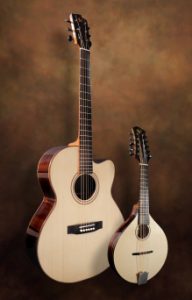 Woodworking can be a sound career decision – even if it’s made later in life. At age 51, Peggy White took her first woodworking course in 2011 for guitar building and has not looked back since.

“Early on, I didn’t believe woodworking was something I could do as a woman, even though I was really interested in it,” she reveals on her website. “As I grew older, I started challenging the idea that women were not suited for certain careers.”

Today, White builds custom orders from her shop in Almonte, Ontario. Preferring to use the Nielson block plane and Japanese chisel, her approach is described as one which “shows the restraint and patience of a great luthier in well-composed bursts of color as an artist that has finally been allowed to lay down her long-awaited and detailed vision.”

“While things have come a long way since I was a young girl, I think we still have a ways to go in instilling the confidence in young girls and women that they can do whatever they want career-wise,” White reflected.

There’s always room for more talent in the field. Such is the philosophy behind ‘Build Like a Girl Canada,’ an organization based in Creemore, Ontario, introducing women to the craft. 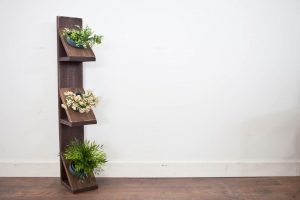 “Originally, Build Like A Girl Canada came out of a demand for smaller items like wine racks and shelves that I just didn’t have time to fulfill due to the number of larger orders I had to produce at the time,” writes founder Nikki Rhea on her website. “I was getting so many requests that I decided that rather than building the items myself, I would hold a teaching workshop. I figured, this way, the women would not only get the items they wanted, but they would have a fun time socializing and learn how to use some new tools.”

Today, Rhea leads numerous customer-building workshops and tool classes for women of all skill and interest levels. Her mission, she continues, “Is to teach women, to build not only beautiful pieces for their homes but build their confidence and realize their full potential.”

It’s artists like these who showcase the range of Ontario’s talent. They join designers and out-of-the-box creators across the country who are putting Canada on the woodworking map.

A Pic Above: The Case for Working with Architectural Photographers