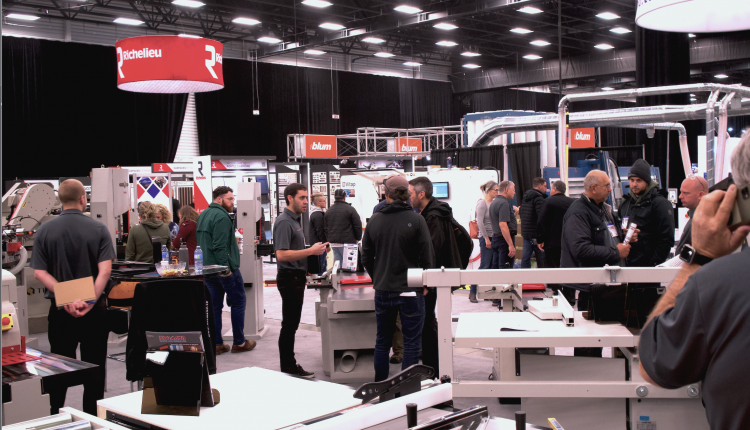 The show was last held in 2008 when Stephen Harper was the Canadian prime minister, the Detroit Red Wings won their last Stanley Cup, and the Great Recession had the world economy in a stranglehold.

Staged for the first time at the Centrexpo Cogeco from October 27–29, SIBO 2022 attracted nearly 1 000 attendees. The vast majority of them were professional woodworkers from throughout Quebec, with others traveling from Ontario, New Brunswick and other Canadian provinces, and even a few from the United States.

The three-day show, which featured several dozen woodworking machinery and supply manufacturers and distributors, was overall well-received by most participants as good vibes filled the expo hall.

“We are immensely grateful for the solid show of support from the participating exhibitors, association partners and professional woodworkers who contributed to the successful reluanch of SIBO,” said Harry Urban, show director of Woodworking Network’s Canadian events. “Quebec’s robust secondary woodworking market deserves a show to call its own. SIBO 2022 lays the foundation for developing a bigger and better event in the years to come.”

Plans are already in the early stages for SIBO 2024, Urban said. “We received mainly favorable comments and constructive criticism from exhibitors and attendees,” Urban said. “All of this great feedback will help us fine-tune and improve future editions of SIBO.”