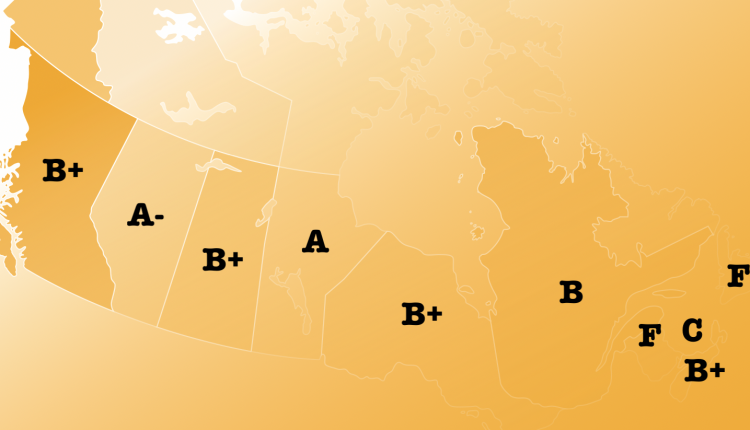 Provincial “Red Tape Grades” Are In

CFIB started issuing its Red Tape Report Card over a decade ago to encourage more government accountability. At the time, only a few governments were tracking and reporting the regulatory burden that they impose on citizens. Such poor public accountability would be unthinkable regarding taxes and government spending but was accepted practice for regulation. Twelve years ago, no province received an “A” in this section on the first report card. Today, most provinces have some measurement, reporting, and regulatory budget, and seven provinces get A grades in the 12th annual Red Tape Report Card

“A decade ago, governments weren’t thinking about their regulatory activity as something that needed transparency, which is crazy when you consider how unacceptable that approach would be for taxes and government spending,” said Laura Jones, CFIB executive vice-president. “We’ve made so much progress in this area, but it’s just the beginning of the journey we need to take to make it easier to deal with government. Given our battered economy, this is more important now than ever.”

Grades are highest for the accountability section of the report card. Most provinces now have some form of measurement, reporting, and budgeting, generating a lot of “A” grades, while a decade ago, there were none. This part of the report card represents 60% of the overall grade.

Burden remains the more challenging section of the report card as it is challenging to find data with which to compare provinces. CFIB currently uses seven indicators that include some broader ones, such as the data showing regulatory restrictions from legislation and regulation and some more specific indicators. The burden section represents the remaining 40% of the grade.

The report card challenges governments across Canada to measure and report regulatory activity annually. This is fundamental to good governance and the foundation of a modern regulatory system.

Milena Stanoeva is the Director of Public Affairs at the Canadian Federation of Independent Business, focusing on policy, economics, and government relations. She has an MA in Communication and Culture from York University and a BA Honours in Communication Studies and Women’s and Gender Studies from Carleton University.