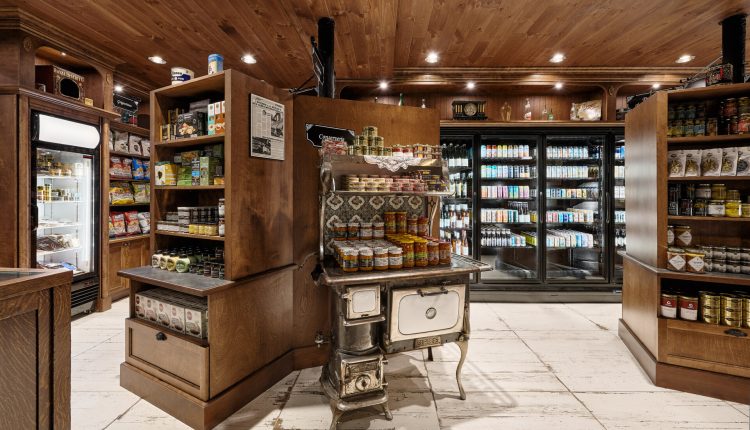 Oldest grocery store gets a facelift

The oldest grocery store in North America, J.A. Moisan, was built in 1846. The store had never been renovated, but the property’s new owner, Donna Willet, wanted to give it a fresh look. The project ended up winning the Gold in the Commercial Construction in the Construction & Real Estate Development section of the 14th edition of the Grands Prix du Design. The general contractor of the project was Signature AP, the Manufacturer – Distributor was Christian Marcoux Cuisine et Mobilier Design, the interior designer was Catherine Tremblay Designer, and the Architect was Atelier Guy_Architectes.

What was initially supposed to be an aesthetic renovation quickly became more of a technical project because the building was hiding lots of surprises that showed up once the demolition process started. In the end, everything was rebuilt in order to bring it up to standards. Even its foundation was entirely redone. Now, the building sits on a solid base.

Considering J.A. Moisan’s sentimental and historical value in the heart of Old Québec City, on St-Jean street, maximum efforts have been deployed to keep the heritage components. The antique original sign has been proudly replaced in the entrance. Old water bottles, found in the attic, have been transformed into a majestic chandelier. Tin tiles, that were originally recovering the ceiling, were restored and reinstalled onto the cellar wall. Even the moldings details have been chosen in order to respect the old charm of 1846. A proud accomplishment for its owner, Willet, and a big success story for all the teams involved.