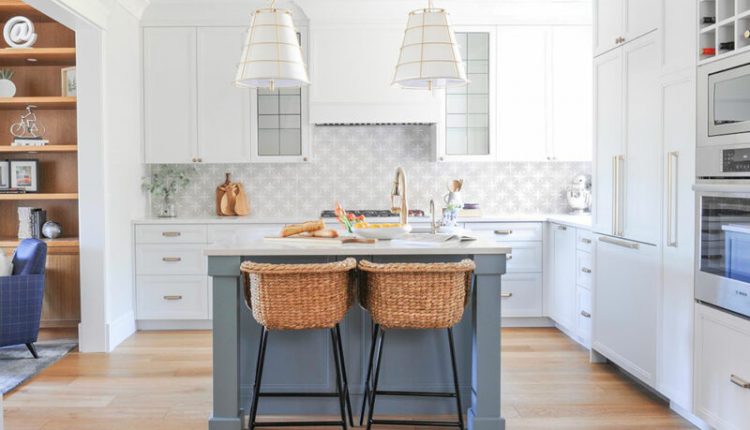 Cara Hansen, founder of Vancouver-based Triple Dot Design Studio, has been selected as a 2022 Thirty Under 30 recipient, awarded by the American National Kitchen and Bath Association (NKBA). Hansen was chosen from hundreds of nominations throughout North America through a rigorous selection process, recognizing her as an outstanding professional in the Kitchen and Bath Industry. This year, there were four Canadian winners, including Shantelle Yablonski, Senior Design Consultant with Superior Cabinets Saskatoon. 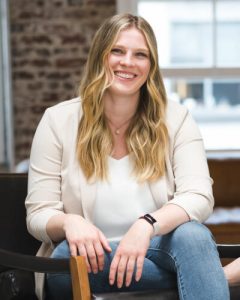 Hansen says the word that best describes her is “ambitious.” What else would you expect from someone who founded her own design firm just four years after earning a bachelor’s degree from CIDA-accredited Vancouver Island University in 2014?

That ambition, combined with savvy design skills and business acumen, resulted in 180% sales growth for her design studio from its second to third year of business. Hansen also experienced early success with multiple nominations and wins for local Georgie and HAVAN awards for some of her company’s inaugural projects.

“I have an appreciation for all styles,” said Hansen. “But if I had to choose my personal preference, it would have to be a transitional design, something still modern but with details like panel molding or face-frame cabinets.”

Her interest and experience in design go back to her childhood and her family’s construction business. She was exposed to the intricacies of the company from a very early age, witnessing projects from breaking ground to finished product countless times. This process gave her the time to imagine and plot what these spaces could become, ask questions, and get her hands dirty. 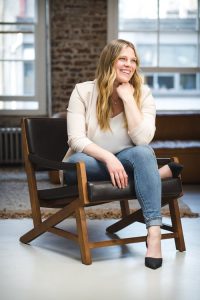 Hansen’s personal style combines the practicality of Scandinavian design and the beauty of Canada’s West Coast with the value of excellent craftsmanship and timeless design choices. By distilling those concepts to their fundamentals, Hansen founded Triple Dot on the three inter-twining principles of functionality, aesthetic, and longevity.

With a design philosophy rooted in three fundamentals — functionality, aesthetics, and longevity — Hansen remains open to the myriad possibilities.

Her favorite project is one she calls “A Rose By Any Other Name,” describing it as: “an old heritage house that I was able to give a new lease on life. I created such a change to the floor plan and added back in some character elements that had been stripped away.”

Hansen, who remembers making “a few bold color choices,” including a very deep burgundy paint, when decorating her own bedroom as a child, now loves seeing how much of an impact a transformed space can have on a client’s life. But she’s also committed to a work-life balance.

“I find it’s really important to have time after work to unwind so I can be fresh and ready to create the next morning,” she says. “Being creative on demand can be challenging without downtime!”

Wood falls in IPPI and RMPI