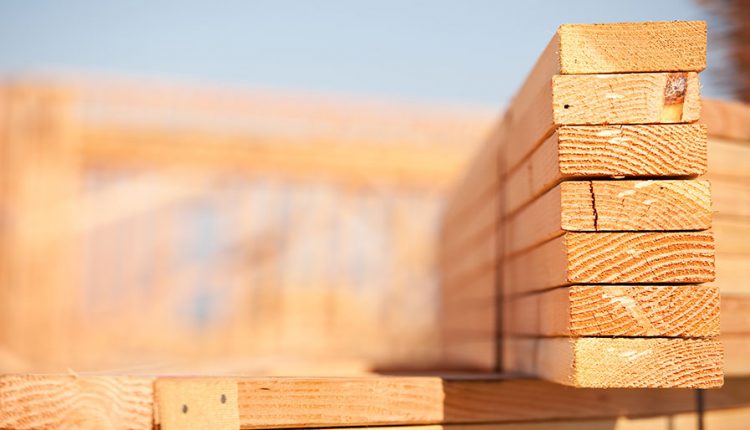 North America is experiencing a resurgence in the use of wood in construction with a particular interest in building taller with mass timber.

“Obviously, there’s a mass timber wave – some might even call it a tsunami – that’s rolling across not just North America but Europe as well right now. But is this the flavour of the day or something that has staying power,” said Paul Fast, founder of structural engineering firm Fast + Epp.

Fast was a speaker at AIBC Confab 2021, where he highlighted some milestone wood projects over the last several decades and discussed several factors that will influence mass timber use moving forward.

He said that wood buildings are not new, noting most of Gastown’s older buildings have structures made of wood. Many old buildings feature timber trusses and timber decking on the roof. He then discussed the timeline of introducing different engineered wood products such as glue-laminated wood, TJI, and laminated veneer lumber.

“When glulam hit, all of a sudden we could span longer distances…beams up to 60-100 feet long. It changed everything. It was revolutionary,” said Fast, citing the first Safeway stores in Vancouver as good examples of glulam use.

The widely publicized The Case for Tall Wood Buildings by architect Michael Green and Eric Karsh of Equilibrium Consulting was a significant step in popularizing mass timber construction. The study encourages architects, engineers, and designers to push the envelope of conventional thinking by demonstrating that wood is a viable material for tall and large buildings and exposing its environmental and economic benefits.

“I think we can say with quiet pride here in BC that a lot of the interest in mass timber was generated not in small part to some of the work by BC architects,” said Fast.

Since then, many tall wood buildings have come along, including The Wood Innovations and Design Centre in Prince George and Brock Commons Tallwood House at UBC.

Fast went on to discuss some current projects, including parkades in Switzerland and Germany, which were constructed entirely with glulam post and beam framing and CLT floor panels. “So it’s not beyond the realm of possibility to construct parking structures with mass timber,” he noted.

Walmart is building a new home office campus (18 buildings) in Bentonville, Arkansas. The project will use 1.1 million cubic feet of CLT, demonstrating its corporate commitment to green building design. Construction of the first building is taking place this summer, said Fast, noting that the massive project also led to Walmart investing in BC-based Structurlam to open a CLT plant in Arkansas to supply the material.

The US has nearly 600 projects in design using mass timber, and there will be more, he said.

As for the future, Fast touched on five factors that will influence mass timber construction: manufacturing capacity, technological change, politics, nature, and cost.

“Manufacturing capacity is in good shape to meet the demand that’s going to come in the next several years,” he said, adding code changes will also have a positive impact. “We will see more code changes that will make it readily acceptable to use mass timber in taller, larger buildings.”

Technological advancements for improving fire resistance for wood buildings could also be essential.

“Right now, we have to rely on charring to achieve 2-3 hour fire ratings for going tall with mass timber. If, in fact, we find other ways to treat the wood so we don’t have to increase the volume of wood that we use to achieve those types of fire ratings – that will also improve prospects for mass timber use in the future,” said Fast.

Carbon is the big question mark. Will there be mandated carbon levels by governments in the future? Concrete carbon capture research is taking place, said Fast, so if that moves in a positive direction, that could impact where mass timber goes in the future.

“In BC, there’s a drive in process to see more implementation of mass timber – that’s a mandate of the current government. There’s an advisory board in place to advise them on that direction,” said Fast, noting in his view, BC’s Wood First Initiative has “had very little bite particularly in design-build projects – no enforcement of that mandate.” But with the new mass timber advisory council, wood should be getting more serious consideration in every public building project.

WMS and WTD to collaborate