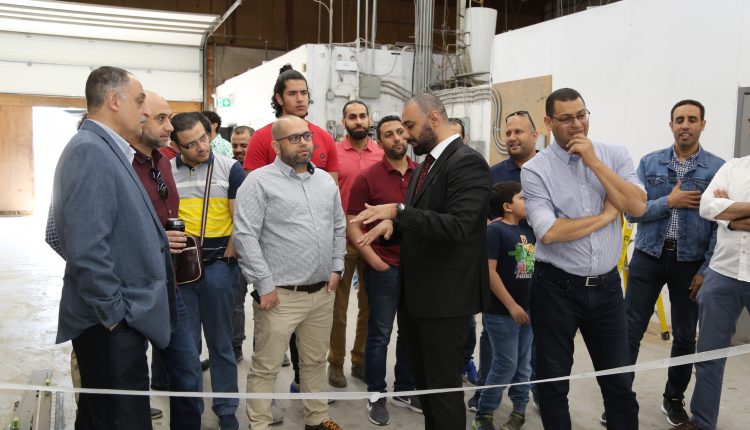 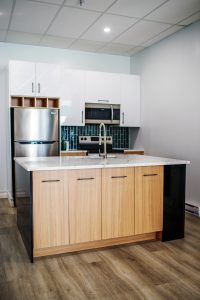 A new kitchen builder has landed in Nova Scotia. On May 21st, Kitchen Spot cut the ribbon on the first of two planned Canadian shops in Dartmouth, bringing custom design and manufacturing services closer to commercial builders.

“There aren’t a lot of kitchen manufacturing companies out in the east, and especially ones that can handle higher capacities,” says Tracy Loveys with the company. “Before us, the closest place for contractors to get a whole building’s worth of kitchens would be through Montreal, or they’d have to order from overseas, so our goal is to give builders are here some options.”

Kitchen Spot was founded by Mustafa Mohamed, an Egyptian-born businessman who came to Canada a year ago after launching a faucet company, Lumineers, in Istanbul, Turkey. After extensive market research, Mustafa identified the demand for an all-in-one kitchen manufacturer for multi-unit developers.

“Commercial is our focus,” says Loveys. “Our machines can essentially produce seven kitchen cuts at a time, and we offer a broad range of colours and cuts. We also offer interior doors, vanities, closets, base trims, crown moldings, and other elements that a builder would typically have to buy from multiple sources.” 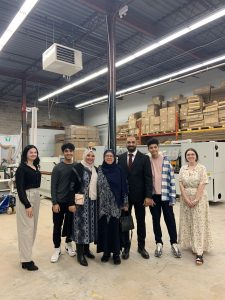 If Kitchen Spot doesn’t have the hardware option their clients are after, the company has formed connections with local partners like Richelieu to help fill the gap.

“And if it’s something we don’t handle altogether, like countertops, we also have partners in the community we can send our clients to,” Loveys adds.

With orders already coming in, Kitchen Spot’s immediate priority is building and maintaining a team that will see its vision through. And as anyone in the industry can attest, this is easier said than done.

“Finding a team with all the skills we need has been a bit more challenging than in other markets, which is why we’re starting to tap into the community,” notes Loveys.

Specifically, KitchenSpot is connecting with the local immigrant community – including recent newcomers from Ukraine – to find people with the skills to expand its roster. The company is also working with the Nova Scotia Community College (NSCC) to host students in its shop. 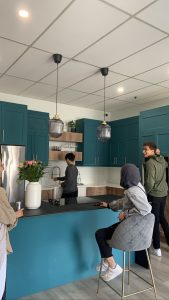 “The NSCC has a cabinetry program, so one of the first things we did when we got here is reached out and invited apprentices to join us during the school year,” says Loveys, adding, “Our hope is that this will give them some good experience and help us find candidates that have the skills we’re looking for.”

Kitchen Spot’s Dartmouth location is a starting point for Mustafa and his team. In the coming months, his business partner, Sherif Matar, is slated to open Kitchen Spot’s second Canadian location in Ottawa, Ontario.

“The plan all along was to open two sister factories at roughly the same time,” says Loveys. “After that, we’re looking at expanding west with showrooms that will be supplied by these first two locations.”

In the meantime, Loveys adds, the Kitchen Spot team is focused on making a solid first impression at its flagship locations and building the team and relationship it needs to carve its niche in the Canadian market: “Right now, our aim is to put our best foot forward and make sure everything we’re sending out of our shop is the highest quality it can be.”