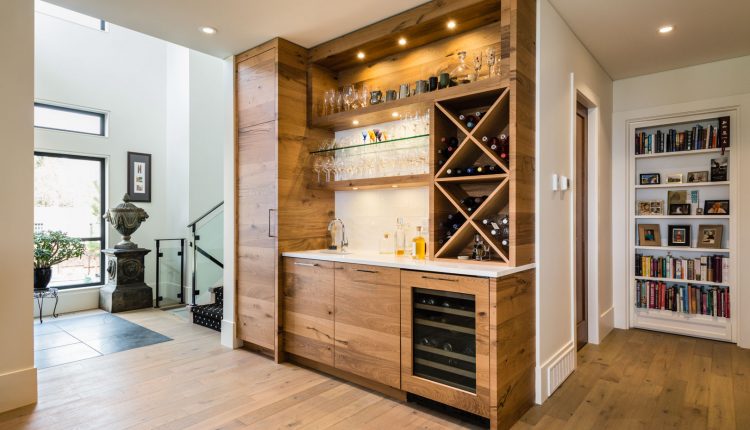 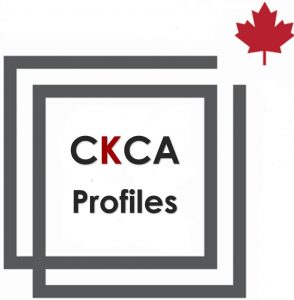 In February 2020, CKCA hosted our Western Regional event in Richmond, BC. Little did we realize that this would be the last face-to-face event for a while. One of our presenters was CKCA Board member Gerald Van Woudenberg, President of Van Arbour Design. We were fortunate to not only hear a presentation from Van Woudenberg, but we had the pleasure of visiting his shop in Aldergrove, BC.

The trouble is, you think you have time

Twenty-five years ago, Van Woudenberg thought he had the time. He had been in business for ten years by that point and thought he was doing just fine until one day, a call from his accountant made him realize that he was losing money each month. He was surprised because Van Arbour Design was so busy. He was using formulas given to him by a friend and mentor, but he quickly realized it was not working. By speaking with his accountant and learning the accounting fundamentals, he had a crash course in business economics. 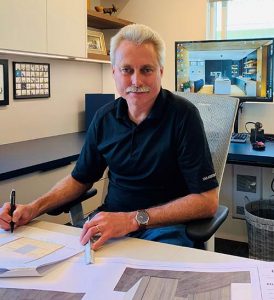 Van Woudenberg committed to stop doing what he was doing before. He started from scratch, and it was daunting. He revisited jobs previously completed repriced them using new formulas. The biggest challenge was accounting for time. Time spent was hard to calculate.

Before you even start building cabinets, you are spending time to get materials such as sheet goods from the truck to the rack, from the rack to the saw. It takes time to cut out pieces for cabinets. Van Woudenberg realized that every piece had to have a timestamp, but more importantly, each action also needed one.

It was exciting when the opportunity came along to bid on a real job with the new pricing formulas. While the client wanted Van Woudenberg to do the work, the client wanted him to do the work at his competitor’s lower price. Van Woudenberg stood his ground and turned the job down. He later learned that the competitor did not follow the spec sheet and did half the kitchen over. In his view, he avoided a significant loss that his competitor had to swallow.

The Two Most Powerful Warriors are Patience and Time — Leo Tolstoy 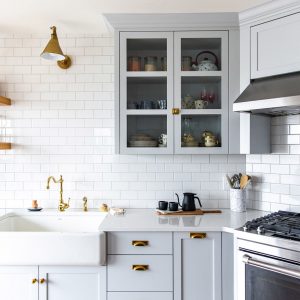 After attending a woodworking show and hearing a cabinetmaker present on pricing cabinetry, Van Woudenberg realized that the change in pricing formulas he used in his business positioned him well to make money. This gave him confidence in his new pricing system; he knew his costs, his margins – no more guesswork.

Time changes things, but you actually have to change them yourself — Andy Warhol

There have been many changes throughout Van Woudenberg’s career. Still, his commitment to quantifying time and ensuring Van Arbour Design is profitable has remained an essential ingredient to his company’s longevity and success. Because as he says, “If you aren’t making a profit, it’s just a hobby.”

You can’t make up for lost time; you can only do better in the future — Ashley Ormon 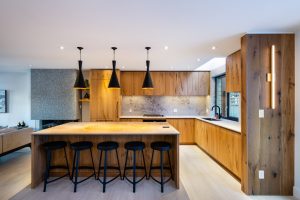 Van Woudenberg time tracks his client, builder, architect, and designer interactions and notes what he does when meeting. Design development, site measures – he follows all of his installation time and compares that information from the pricing sheets. The company president sits down monthly to look at where Van Arbour Design is compared to what he had estimated for those areas and uses that information to help his business plan better for future jobs.

“We’re constantly analyzing our time to ensure that we’re being paid for it, not just spending it.” 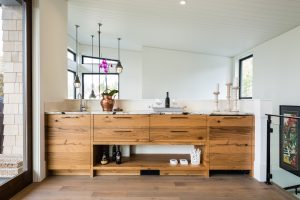 Van Woudenberg charges for Van Arbour Design’s time and is very upfront with his clients when he walks them through his process.

“I find that the single most valuable thing we do, and also the most time-consuming, is client education. They come to use with a huge roll of building plans, designers’ elevations, and specifications, and then the fun starts. We have been given part of the picture and will take time to decipher the mystery. The client thinks they have a 100% clear picture to be able to get a quote, when in reality, what they have is at best 70%.” 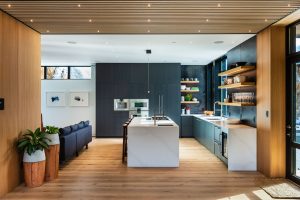 Van Woudenberg considers three courses of action. First, do they interpret the drawings literally, ignore the questions, and give a lower price? This means that eventually, you have to add in those unforeseen and previously undetailed parts. This is problematic to the client, unaware of missing pieces, and therefore have an incomplete price. Second, do you take the time and contact the design team to ask the necessary questions, allowing you to price out the millwork with a higher degree of certainty? Third, what happens if you are one of the three shops putting in a bid and the other two are not taking the time to ask the questions and, consequently, not accounting for them in their price? Van Woudenberg points out this puts Van Arbour Design at a competitive disadvantage making his price the highest. 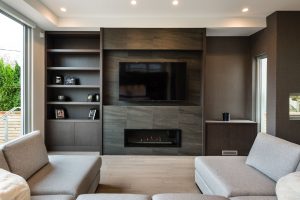 “If you are just a number in a stack of numbers, how will they be able to differentiate one from the other,” he asks. “Typically you’re given one opportunity in writing only, with no personal audience. What you have written down is what will be considered. We lose out on far fewer jobs and have built credibility for being thorough and honest. Guesswork is expensive for everyone.”

CKCA Members strive for quality, professionalism, and innovation. For more profiles like these and many other benefits, consider becoming a CKCA member!

Sandra Wood is the Executive Director for the CKCA. She enjoys “connecting the dots” and facilitating strong networking opportunities to engage members. She believes associations are about fostering strong business relationships fueled by an empathic and sound business approach.

What’s Old is New Again in the Kitchen