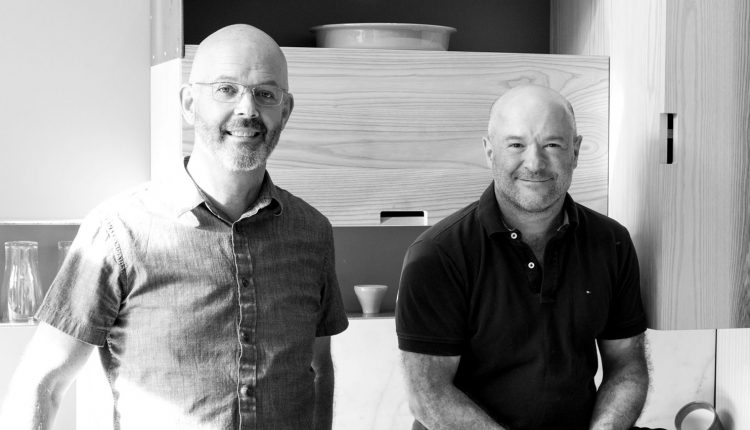 In cahoots with the competition 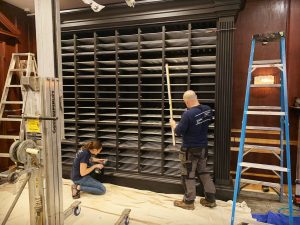 After the summer issue of Wood Industry magazine came out, Chris McKaskell of McKaskell Haindl Design Build reached out to me. He told me that my editor’s note on the importance of community in our industry spoke to him because of how instrumental community had been in his business’ practices.

McKaskell Haindl has been in the high-end custom cabinetry space in London, Ontario, for the last 25 years, but their approach to business has changed a lot over the last decade.

“In 2014, we had seven people on the shop floor, and then within a year, we lost four,” explained McKaskell. “Our capacity dropped to below 178 billable hours per week.”

That was a big hit to their productivity and ability to deliver. Cardinal Fine Cabinetry, another local company, was going through the same thing. They were also well-established with over 60 years of experience. There wasn’t a shortage of work, but a shortage of workers. 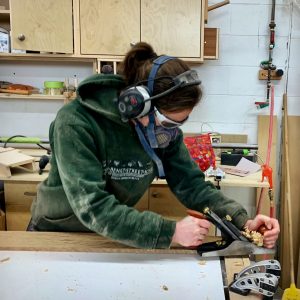 “They had a lot of people retire; their custom department went from five people down to one, so we were in similar situations,” said McKaskell. “Paul and Laurie Bilyea had just purchased Cardinal, and they were very enthusiastic.”

This is where community becomes an essential part of the business.

“The thing about this industry is that we all know each other,” he explained. “You might go from one company to another, but you keep in touch with your old coworkers.”

When I told McKaskell about what Alain Albert, former consultant in the industry, said to me shortly after I started in this position, he laughed: “Everyone has their own little secrets, and they’re all the same.”

“Back in 2016, we were both looking for the same kind of solutions to our capacity issues,” he confirmed. “So we decided to work together.” 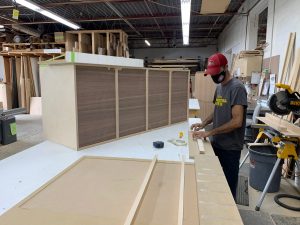 McKaskell describes the association as a non-traditional merger. No one was purchased, and no assets changed hands; they simply started working in association. Eventually, the word “cahoots” caught on to describe the relationship.

“Together we serve residential and commercial clients; and, like the mix of specialties found on a fine restaurant’s kitchen team, we each benefit from bringing quite different skills, knowledge, and experience to the same floor,” explains Cardinal’s website. “Together, we become more than just another cabinet shop. By plating the design and the manufacturing process with a side of high-end craft, we make the leap from lonesome industry and solitary artisan to an aesthetic movement worth paying attention to.”

The fact that they had gone from competitors to working in cahoots with one another raised some eyebrows. 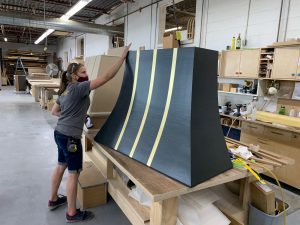 “Some people thought we were crazy, and we asked ourselves, at what point are we risking too much? It was a leap of faith; it took a lot of trust,” he explained. “We’ve been at it five years now. Staying open-minded is incredibly important.”

This collaboration has been incredibly beneficial for both companies.

“Over the years, I’ve taken some CAWP courses online,” he explained. “By taking part in this merger, I discovered that we accidentally started following a bunch of best practices that I learned about in these courses.”

In the end, sharing information ended up being very helpful. It helped to expose weaknesses and keep them from sticking to old habits that kept them from growing and improving. Both companies are big on continuing education and support for cabinetmakers looking to get their journeyman’s license. 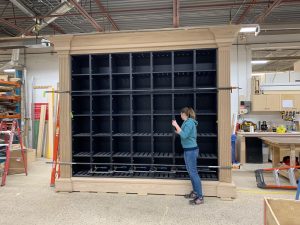 “Paul and I are taking part in redesigning the cabinetmaker exams,” he told me. “Cabinetmaking has always been a voluntary trade, but there is a noticeable difference in the work of someone who is certified and someone who learned on the job.”

This is a way to give back to the community that has been incredibly beneficial to his company.

“We have to share this knowledge,” he insisted. “For everyone.”

CNC Essentials: How to Maximize Your Machine

TWIG: An Alternative Pathway to Innovation