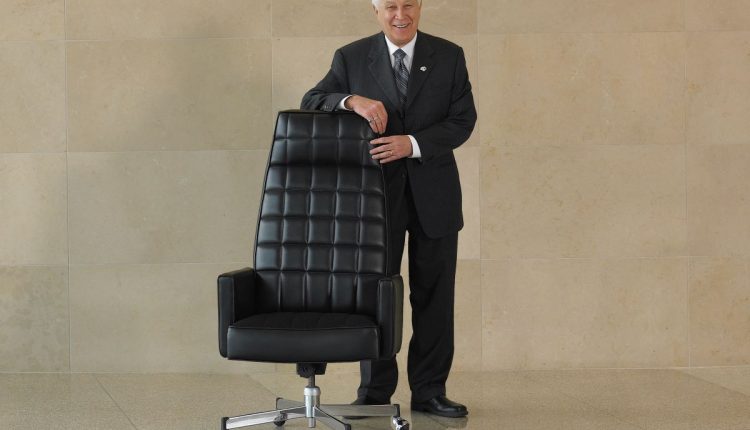 Global Furniture Group and Teknion Corporation announced the passing of their founder and chairman, Saul Feldberg at the age of 87 on January 16, 2023. Feldberg passed away peacefully surrounded by his beautiful family. He leaves behind a towering legacy as a trailblazing leader within the Canadian manufacturing landscape and furniture industry across the globe.

Born in Poland, Feldberg immigrated to Canada in the 1950s to begin a career and build his enterprises. He founded Global in 1966 with a mission to design an office chair that the average individual could afford. Then, in 1983, he created his brand Teknion as a way to actively pursue the architecture and design community. Under Feldberg’s guidance and with the support of his two sons Joel and David, president and CEOs of Global Furniture Group and Teknion Corporation, both businesses were able to flourish and became two of the largest furniture manufacturers across the globe.

“He has achieved success in the global market while upholding a commitment to maintaining facilities and expertise in Canada,” according to a statement on the governor general of Canada website regarding Feldberg. “He is recognized as a man of humility and generosity whose philanthropy has touched dozens of charities in Canada and Israel, including many of Toronto’s health, education, social and religious institutions.”

The life and legacy Feldberg leaves to his family and companies have been defined by his generosity, and love of community, family, and employees. The grassroots commander was always actively involved with the day-to-day in both of his companies and was engaged with all that worked for and with him. His entrepreneurial spirit lives on in the culture at Global and Teknion for years to come.

After being founded in 1966, Global took off as an innovative company manufacturing premium office furniture at affordable prices. The enterprise uses a network of vertically integrated suppliers, distributors, and manufacturers who distribute their products across the world. Global understands that the needs, comfort, and desires of their clients are rapidly changing. That’s why the Global team works so hard at meeting those needs in the workplace, education sector, and healthcare system.

The collaborative and approachable leadership style of David Feldberg was what set the tone for the direction of Teknion. It comes as no surprise that David was likely taught this effective and professional approach by his father, Saul. Once Teknion began to expand, the company formed close bonds with some of the leading architects and designers in the world. At its core, Teknion prioritizes sustainability, global ecology, and initiative in the corporate sphere.