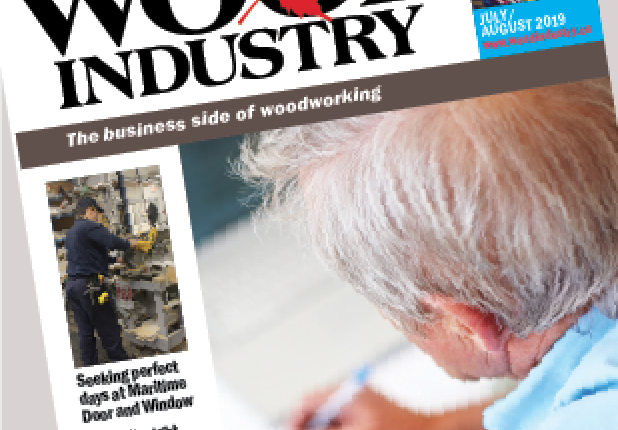 Get real about succession

When is a good time to sell the shop? Should I let my kids take over and risk it being run into the ground?

These are good questions for any business owners to ask about their operations.

Businesses are created out of passion and the spirit of entrepreneurship, but first and foremost, should always be run to make a profit. That’s the consensus of a business lawyer, an equipment manufacturer and a best-selling author (who sold his manufacturing business).

According to Michael Luchenski, head of the Business Law Group at Lawrences Lawyers in Brampton, Ont., “you have to run a business with the recognition that it is to make money. You always want to maximize your return from it.” However, Luchenski recognizes that many business owners see their operations in terms of creating a family legacy. “Meaning that they want their name to continue and their business to continue into future generations.

They want to have it there for their kids to work in.” The problem is that children don’t necessarily share the parent’s business acumen or passion for the company, whether it is a wood shop or a flower shop. “Handing it over to them may result in it frittering away and dying,” says Luchenski. “That means you lose that value.” Michael Burdis, c.e.o. and majority shareholder of James L. Taylor Manufacturing in Poughkeepsie, N.Y., has a son working in his business, as does his minority owner-partner. So far, so good, according to Burdis, as the reins are gradually handed over to the next generation.

In the case of Burdis, the idea of a succession plan to preserve the value of the 100-year-old woodworking machinery business began when he was part of management under his predecessor owner. Steele Cameron had three daughters with husbands, all of whom were not interested in the running the business, according to Burdis. When Cameron began selling stock to select employees, Burdis saw the wisdom in investing in the company he later came to own.

Orangeville, Ont.-based Tom Deans, author of the best-selling succession planning book, Every Family’s Business, is now on the public speaking trail, presenting his philosophy to associations, investors and business owners. Deans has worked out a questionnaire — featured at the back of his book — for parent-owners of businesses to fill out with their children on an annual basis, whether or not the offspring are part of day-to-day operations.

Deans came by his strategy honestly through his own experiences and some tribal knowledge. He grew up in a family business, a multinational plastics manufacturing company, where he eventually became a second-generation operator, owner and president. “I was in the process of buying that and then pivoted and became a seller. We sold that business on February 8, 2007.

“Then I found myself of looking at our family history and realized we had done that three previous times.

Aimed at the child, Question 3 is “Are you interested in buying stock and acquiring control?” Question 4, aimed at both parent and child, asks “Do you understand and agree that in the interest of maximizing shareholder value, this business can be sold to a third party at any time?” Clearly Deans wants both the parent and the child to continuously re-evaluate their relationship to the business and, consequently, to each other, in an open and honest way.

Burdis has been through a similar annual process of re-evaluation at James L. Taylor Manufacturing since the early 1970s, albeit within the organization’s own structure. Since Cameron wanted to bring along the younger managers into the business, some stock was sold to them on a yearly basis. “We have always had a board of directors,” says Burdis, “who meet every month and he (Cameron) and the board of directors would, as one of their duties, set the price of the company stock each and every year.

“Starting in about 1982, they began to use this formula for evaluating small businesses that was originally concocted by the Internal Revenue Service in the United States.” The formula takes the net asset value of the company and averages it over the previous five years.

“Then you would adjust that value up or down depending on the performance of the company,” says Burdis. “So, if the company had a string of really good years where the profits were good, the value of the stock would inch up above net asset value and would sell at a higher price for a few years. Then if the cycle changed and the performance of the company wasn’t as good as it had been then over a period of years, you would take away from the net asset value.

“Then and to this day the board of directors use this formula.” In a family business, children can develop an attitude of entitlement, according to Luchenski. “‘My parents worked so hard all of their lives,’” they would say, “‘and we weren’t there when they were clipping coupons or living hand to mouth to invest everything in the business.’ The kids are there when the family has vacation homes, and each gets a car when they turn 16.” Children can grow up with the expectation of what the business will do for them, without recognizing the hard work that goes into it or the sacrifice — or the fact that the business owner gets paid last because all of the essential elements of the business have to remain in place.

Stress is particularly hard on owners if there is a shortfall or there are lean periods, as well as when there are growth spurts where a lot of capital is suddenly required, according to Luchenski. “It’s the owner who is going to leave the money in. That means that they don’t have the money to do all of those other things that the children may expect.” Deans points out owners often don’t realize they are operating a “family” business, even when children aren’t actively involved. “In the event of death or incapacitation,” says Deans, “your family is going to be called upon to run that business. They are a heartbeat away from becoming a family business. It is a really tricky, fascinating subject, but one that is often ignored.” He adds that manufacturing is so capital-intensive that often the children cannot afford to buy the business.

“Often what the succession plan looks like is that the founder retires,” says Deans, “the son or daughter run the business and the founder simply draws a salary until the day that he dies. This is the oldest page in the playbook.” The reality, he notes, is that it is not working any more is because business owners are living vastly longer. “So, they are not dying in their early 70s when their kids are in their 40s and then getting the business. They are now going into their 80s and 90s and the kids are in their 50s and 60s as control shifts when the founder dies.” At that point it is too late for a smooth succession to occur, leading to a lot of tension, frustration and acrimony in these family businesses. Says Deans, “I would say the biggest risk for a manufacturing company’s survival is the guy sitting in the corner office who owns it.” A business can only continue to feed the family as long as it is looked after and is carefully operated, according to Luchenski. He notes that in the process of succession when you have “mom, dad and the kids running and owning the business when there is only one family to feed.

“When the kids grow up and they have their own households and spouses and kids, then each of them is an additional family to feed.” As generations are created, the pressure on the business to generate revenue for the extended family increases.

All the while, the expectations of the business owner as they reluctantly or voluntarily relinquish control, “is they want to make sure their kids don’t mess up,” says Luchenski.

“The owner wants to make sure he gets paid. This is what is funding their retirement. A lot of them have invested their lives in their business.

“One of the things that is often difficult for a business owner to get their head around is, yes you could make more by staying in the company and continuing to draw on it what you do. But when you die or are incapacitated you are not going to be able to operate the business. You need someone in there and there’s got to be a wrap-up period.

“If it’s your kids then give them the opportunity to transition. That means that you have to be prepared to transition out.” Business survival requires managing risks on multiple fronts. For James L. Taylor, one risk management strategy came in the form of a life insurance policy with the company named as beneficiary. As Burdis explains, “when I was coming along and still pretty young, the company bought a life insurance policy on me. What that would do is if something were to happen to me, the company would have the funds. Not to purchase 100 percent of the stock, perhaps, but it would give the company a 60 or a 70 percent chance of having the funds to repurchase my shares if the board of directors decided to do so. But that is a key component because some catastrophe can happen.” Luchenski implores business owners to get professional advice when it comes to succession planning because they are not likely very experienced at it and because they are too close to their “baby.” “Sometimes it is advice people don’t like to hear,” says Luchenski. “I just did a deal for a guy who is 88 years old.

He said, ‘I am trying to decide whether I should retire.’ “I have had people say, ‘if I were to die…’ and the blunt truth of it is that every single one of us dies! “There is going to be a succession and you can either plan for it or it is going to happen without you.”