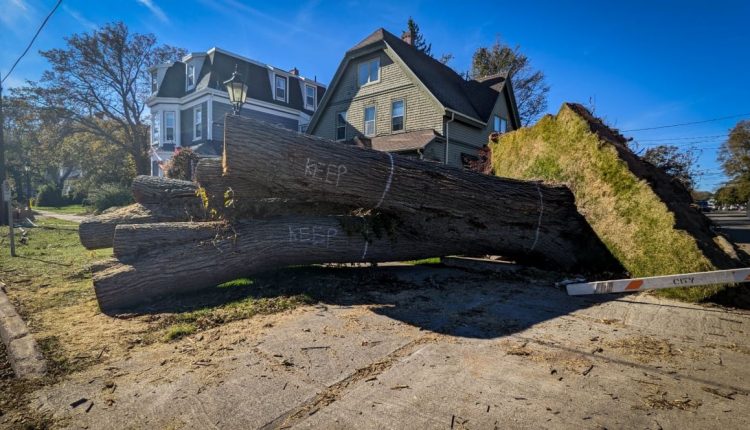 In a fortuitous twist, the city of Charlottetown, Prince Edward Island, hosted an urban forestry conference the week of post-tropical storm Fiona. Some of the delegates jumped in to help the city in the aftermath.

On Tuesday, they were at seven parks across Charlottetown, helping to triage the tree damage. Jessika Corkum-Gorrill, acting environment and sustainability manager for the city said they were fortunate to have the participation of the urban forest experts. “I think it’ll mean we’ll get our parks open faster, and they will be safer for the public definitely more quickly,” said Corkum-Gorrill.

Some of the historic trees downed by Fiona will get a second life. Indeed, the City of Charlottetown is gathering selected trees that will be turned into a wide range of woodworking projects.

Carly Siopis, strategic initiatives officer with the City of Charlottetown, is leading the project to salvage the trees and get them to people who want them. She said efforts are being made to track where the sections of trees are from. “We are trying to keep them identified in a particular way so that we can say, that’s the elm that was at that corner, or that’s the maple that was at that street,” she said.

Enter furniture maker Brodye Chappell, from Brodye Chappel Builds and cabinet maker Elliot Mallett, who have been scouring city parks, looking for the pieces of downed trees with the best potential. “It was pretty heartbreaking to see King Square decimated like this, seeing all the trees laying on their side, but we want to try and salvage them as best we can,” Chappell said, adding that some of the older trees are a treasure trove of opportunities for woodworking. 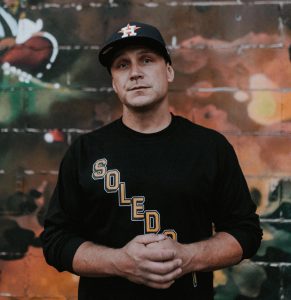 “We’re marking them with white paint for the arborist to section them accordingly. How a chef, whenever he butchers the pig, he doesn’t want to waste anything. That’s how we’re looking at it, trying to save the burls, the cross sections, and the long lengths. Cut them accordingly so we can get the most out of the material.”

“We may do a small batch of milling so that we can show what can come out of these beautiful trees,” Chappell said. “Maybe by the spring, I’m thinking, because kiln drying and air drying is such a long process. Hopefully it makes the residents of Charlottetown really excited to see these trees live another life.”

How Brodye Chappell Got Started in the Business

Brodye worked in his father’s custom home building business, Chappell Custom Homes, for 15 years. He began by selling lumber but quickly worked his way up to being the lead finish carpenter in his crew. Dedicated to his work and building beautiful pieces, his friends started noticing him and would ask for a hand in their businesses. Some clients would even specifically just ask for him. Brodye then started taking some time off in the evenings and weekends and it wasn’t long before he got really busy to the point he would ask his dad for some days off. Things then got really busy and it was then he decided to start his own business away from his dad.

Brodye felt happy in his work. With all the ideas he had in mind and incredible overflow of work, in 2015 he did the hardest thing he’s ever done and broke away from his dad’s business and started his own: Brodye Chappell Builds.

He learned the basics of residential carpentry from his dad and uncle but when it came to furniture pieces, he would study online and would test them out in his small shop. However, translating what he learns to make a physical product is not always easy and needs a lot of trial and error.

Away from that, as a business owner, getting the estimate of things and also the paperwork has been a bit taxing for the two years he’s been alone. He thinks of himself as more creative with his hands than dealing with the other business side of things. His father always did that when he was working for him so it was something entirely new the moment he got into his own business.

Currently, he does all the work by himself which is proving to be a little challenging as the business is growing at an alarming rate. He now plans to hire a creative person either full-time or part-time in the near future. He also hopes to get a bigger chainsaw after Granberg body extension and eventually as the business expands and grows bigger, he’ll get a bigger mill. Although he’s not made any money yet from the Granberg as he’s building his inventory, he’s quite positive that it will pay in due course.

His work with the fallen trees is not his first time getting involved in the Charlottetown community. In 2016 he worked on the Urban Beehive Project created by architects Shallyn Murray and Silva Stojak. The four metre, hive-like structure at Charlottetown’s Legacy Garden is meant to promote the importance of honeybees, sustainability and food security.

Designed to get people’s attention, “it kind of transformed to be creature-like, we wanted it to have a personality,” said Murray. 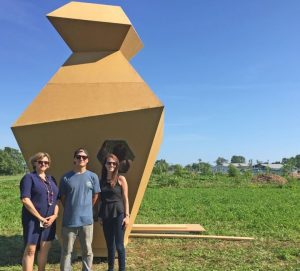 Brodye Chappell, said this project was one of a kind. The structure took him a few months to complete, but he was excited to follow up with more structures. The first one has small Plexiglass windows and a door. Inside is a beehive with two Plexiglass sides so people can see the bees at work.

The honey made by the bees was donated to the food bank and soup kitchen. “We wanted to involve the community as much as possible, we’re not interested in selling the honey,” Murray said.

The Rules of the Art of Architectural Woodworking