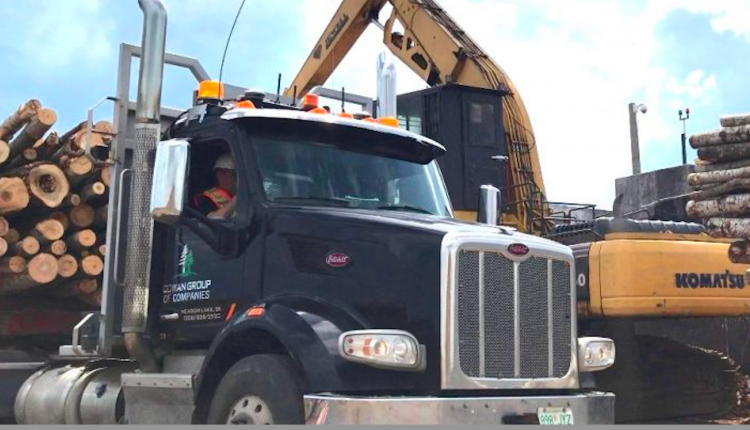 Committed to the development of automated transportation, the city of Matagami has announced that tests with semi-autonomous trucks will be conducted on the road during the summer of 2023.

This summer, FP Innovations and Research Robotics, Matagami’s partners, digitized the Billy-Diamond road, the 1055 forestry road (connected to Lebel-sur-Quévillon) and a portion of the 810 road towards the Fenelon mining project, for a total of more than 800 kilometers. Some of this data will be programmed into convoys of semi-automated trucks, also called platoons.

Closer than you think

The concept, summarizes Daniel Cliche, city manager of Matagami, who is involved in the process, is that “two or three automated trucks follow another one, driven by a pilot, and reproduce its movements.” Driverless trucks are not for the immediate future. “But […] a single driver driving three trucks,” he says, “that’s closer than people think.”

For Mr. Cliche, the automation and optimization of transportation can bring economic benefits to the region – Matagami and Northern Quebec are well located to be part of this industry.

“We have a good road network with little traffic and designed for transportation,” he says. Matagami, with its transshipment area connected to the railroad, is a key link between the North and the South. “This road [Billy-Diamond] lends itself wonderfully to automated transportation...,” says Cliche. “You can have goods shipped by train to Matagami and then trucked to the La Grande airport. […] There is an absolutely incredible potential with this industry.”

Automation also solves the problem of labour shortages. “It brings other types of jobs […] for young people in the region,” says Daniel Cliche. “Young people today may be less inclined towards manual jobs. So instead of having three truck drivers, you have a telecommunications engineer, an instrumentation technician and a truck driver. The jobs are different and you get a lot more added value.”

It seems unusual for a city, especially one the size of Matagami (population 1402; 65 km2), to step up as a project leader.

“It takes someone to light the flame,” says the Matagami city manager, “because the investments to convert truck fleets are made by the private sector. But to develop the technologies at this stage, it is necessary that the public organizations deal with it. [We are promoting this. […] We make sure that people talk to each other. We act as an interface between the private and the public.”

Benoît Barrette, president of the forestry company Barrette Chapais, thinks it is premature to launch into transport automation. “It’s not adapted to planetary drive trucks, on roads with big hills and hairpin turns, in winter and at night,” he says. “It’s a little early in the process.”

Executive director, corporate development at Chantiers Chibougamau, Frédéric Verreault shows more enthusiasm. “It’s a relevant idea that addresses important issues in the North,” says Verreault. “Although the regulations are obviously not ready, for an intelligent northern corridor for example, the technology is ready and so are we.” 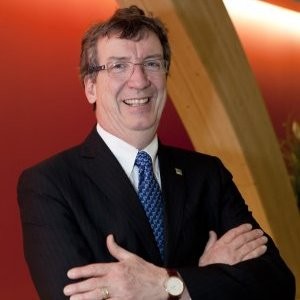 From what FP Innovations’ senior business development specialist Yves Lachapelle says, the truth lies somewhere in between the above statements. “Research Robotic is running convoys of trucks with a single driver in Ukraine,” he says. “The technology works well on paved roads.”

But he acknowledges that in terms of safety, testing still needs to be done in non-optimal road conditions. “We need to make sure that the convoys react well if they come across a person, a moose, etc. Then, demonstrations must be made to federal and provincial legislators; their results will determine under what conditions and on what type of road the platoons can operate. It’s up to us to prove ourselves,” says Lachapelle.

FP Innovations is funded by the private sector – the forest industry, among others – and governments, and has offices in several provinces. It is responsible for the initiative to design prototypes of autonomous trucks for the forestry and mining sectors and to understand the constraints of operating them on the roads.

Its recent partnership with Robotic Research, which works with the U.S. military, has quickly advanced the research.

“There is interest across Canada,” says Lachapelle. “We’re going to do tests in Ontario, Alberta, etc. By March 2026, we hope to finalize the tests and meet all the safety regulations.”

Equipment has been tested with Chantiers Chibougamau and Produits forestiers Résolu, which are major partners of FP Innovations.

Last summer, a platoon, including the lead van – not a truck – equipped with sensors and other equipment, drove on Billy-Diamond, near La Tuque and north of Saint-Félicien.

In the summer of 2023, FP Innovations will conduct a series of tests in the Matagami area, this time with trucks, unloaded and then loaded. It is expected that these tests will be done in a range of conditions from easy to difficult.

The popularity of wood benefits Quebec

The Secrets of a Stylish and Well-Organized Closet