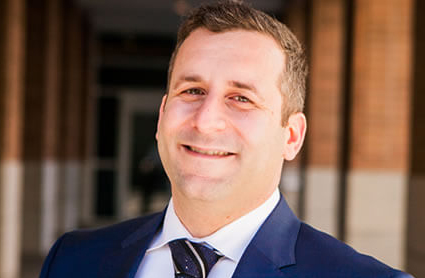 Not all legal obligations are on employers

A resignation can be emotionally charged, so it helps to be reminded of the consequences of saying or hearing the words “I quit.”

Contrary to popular belief, there is no law that stipulates that employees must give two weeks, or any other prescribed amount of notice of their resignation. In fact, and in the absence of an employment contract specifying the amount of notice that an employee is required to provide, a departing employee is obligated to provide sufficient notice to permit the employer to hire a replacement or to implement a plan to redistribute the work.

Factors to consider when determining the appropriate length of notice to provide include the employee’s length of service and character of employment. Of course, a senior executive that has been with the company for 25 years will be expected to provide more notice than a mailroom clerk that was hired six months ago.

Failure to provide sufficient notice of resignation can expose a departing employee to a claim for damages. An employee who fails to provide sufficient notice of resignation risks having to pay the employer`s costs of recruiting on an expedited basis and the cost of overtime worked by other employees during the recruitment period. In situations where an employee is vital to the business and the operation has to shut down or become less productive, the employer may sue the employee for lost income.

Matters become even more complicated, and conflict usually escalates, when the departing employee pursues continued employment in the same field as his or her former employer. Consider the case of Barbara, a former sales executive for ABC Co.

In July, ABC advised its sales staff of a new company policy requiring them to execute a standard form employment contract. The employment contract includes a clause prohibiting employees from engaging in any business with ABC’s customers for one year following the termination of the employment relationship (the Non-Competition and Non-Solicitation Clause).

Barbara refused to sign the employment contract. Instead, she gave five month’s notice of her intention to resign. Barbara’s refusal to sign or even negotiate the terms of the employment contract, and her sudden resignation, caused ABC’s executive team to scratch their heads. Barbara was a well-liked, life-long employee but she was acting unusually coy about her future plans.

ABC confronted Barbara with its findings. Barbara acknowledged her intention to set up a competing business and took the position that, since she had provided ABC with sufficient notice of her resignation and since she had refused to sign the employment contract, she could freely and lawfully compete against ABC and solicit its customers once her resignation took effect.

ABC terminated Barbara immediately and commenced a lawsuit seeking an urgent court order to prevent Barbara from hosting the conference in Las Vegas. Barbara has defended the claim. She denies that she is using ABC`s confidential information and that she should be prohibited from soliciting ABC’s customers. Barbara believes that she has a right to apply her knowledge and skillset to earn a living as she sees fit.

Against this backdrop, and unless ABC and Barbara can agree to settle their differences, a court will need to decide whether Barbara owes any continuing duties to ABC and, if so, the nature and extent of those duties. Litigation of this nature will obviously be time consuming and expensive for both sides.

As is apparent from Barbara`s case, the continuing obligations of departing employees will impact their future endeavours and it is rarely ever as straight-forward as saying the words “I quit,” and walking out the door. There is a wealth of information in the public realm about the obligations that employers have when terminating employees. However, the obligations of employees who decide to resign are less commonly understood. Before resigning, employees — especially those in senior positions — should consult with an employment lawyer to discuss their current employment situation and future plans. Likewise, employers that are faced with the sudden resignation of a key employee are best advised to speak to an employment lawyer who can provide guidance on how to minimize the interruption and safeguard business continuity.

Why race builders to the BOTTOM?