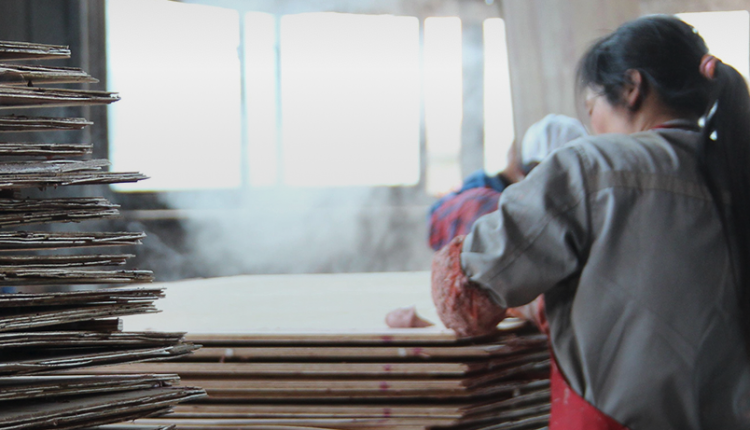 A seven-year investigation by the Environmental Investigation Agency (EIA)—revealing one of the most extensive violations of the European Union Timber Regulation (EUTR) ever reported—exposes a tainted supply chain connecting the threatened tropical forests of Oceania to manufacturing hubs in China and consumers in Europe. The full report is available here.

EIA investigates and campaigns against environmental crime and abuse. Their undercover investigations expose transnational wildlife crime, focusing on elephants and tigers and forest crimes such as illegal logging and deforestation for cash crops like palm oil. They work to safeguard global marine ecosystems by addressing the threats posed by plastic pollution, bycatch, and commercial exploitation of whales, dolphins, and porpoises. Finally, they reduce climate change by campaigning to eliminate powerful refrigerant greenhouse gases, expose related illicit trade, and improve energy efficiency in the cooling sector.

EIA’s investigation shows that European companies may have imported thousands of tons of tropical-faced Chinese-made plywood with a high risk of being illegal, in apparent breach of their due diligence obligation under EUTR. An opaque supply chain enabled this multi-year violation of the EUTR. In this investigation, the manufacturer of the tropical-faced high-risk plywood, Jiangsu High Hope Arser Co. Ltd. (“Arser”), is the largest exporter of plywood in China and a state-owned foreign trade enterprise. EIA’s findings indicate that Arser appears to have lied about the origin of the tropical timber used in the plywood exported to Europe and falsely claimed it was certified by the Forest Stewardship Council (FSC) for several years.

EIA’s research indicates that Arser’s seemingly false claim, which some European importers appeared to know and may have covered for, applied between 2016 and 2018 to an estimated 100,000 tons of plywood imported directly into Belgium, Germany, Netherlands, and the United Kingdom. But the problem is likely much bigger. According to EIA’s investigation, Arser began selling this tropical face plywood product to Europe as early as 2014. Moreover, the number of countries and consumers affected is greater since Arser’s importers are large distributors who sell to several European countries, including France and Ireland.

As of February 2021, Arser’s tropical face plywood may still be sold in Europe under such brands as Starplex. European and Chinese authorities must join forces to stop their consumers and industries from driving the plunder of some of the last tropical forests in Papua New Guinea and the Solomon Islands. EIA uncovered systemic problems of opacity, likely fraud, and cover-up in the tropical-faced plywood manufacturing sector in China and its connections to European markets.

Save the Date for WTD