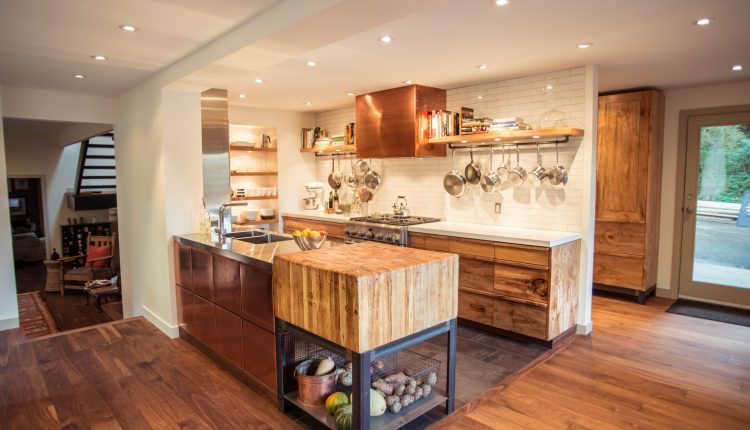 Custom Made Concepts Hits the Road

From custom vans to million-dollar closets, Chris Relling, owner of Custom Made Concepts, has carved a career out of unique builds. 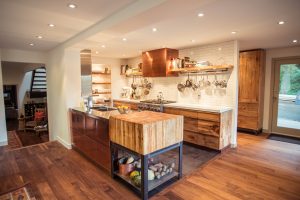 “I like to say yes to every project,” said Relling. “People ask me, ‘Have you done this before,’ and I say, ‘No, but I know I can, so let’s do this.’ That’s how I’ve gotten the opportunity to work on many unique and cutting-edge projects.”

Relling’s confidence comes from years of practice. That includes growing up in a family where woodworking tools and materials were never far from reach.

“We couldn’t afford things that other people had, but my dad had a workshop, so the first thing we would do if something broke was to try and fix it,” he recalled. “That philosophy stuck with me, and now that I have my own family, I’m still that guy who would rather custom-build something or fix it instead of buying it new.”

A carpenter by trade, Relling started his company out of his home workshop nearly 22 years ago. In the beginning, he focused on building fences, decks, and home renovations. As his reputation grew, he moved into a three-car garage and began tackling custom wood and metal projects. 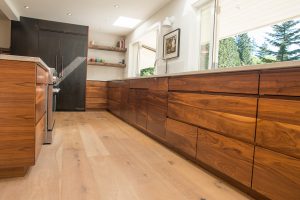 “About eight years ago, I was working on a project where some guys were doing metalwork on these beautiful French windows,” he recalled. “I was jealous because it looked like they were having a lot of fun and their work looked amazing, so I went and bought myself a used welding machine to begin trying it out.”

Today, that old, run-down tool has been replaced with more sophisticated machinery, and Relling has turned Custom Made Concepts into a multi-faceted builder.

“Now, I come into a project, design a staircase or a railing system, do all of the finishing and trim work that needs to go around it, and see the whole thing come together.”

Taking the show on the road

A recent van makeover first put Relling on Wood Industry Magazine’s radar. The project included a high-end renovation of a Sprinter van for use by a client hoping to make the most of his retirement. 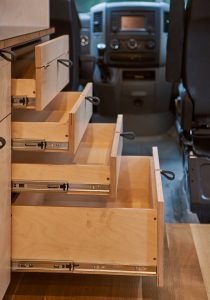 “I was approached by a man in his sixties planning to travel all over North America in this van. He had hired somebody to do an initial concept of what he wanted and reached out to me for help because he’d seen my millwork and liked what I was doing,” says Relling. “He asked if I would be interested in trying this out, and I said, ‘Yes, of course, I would! This sounds like an amazing opportunity.’”

With the initial concept in hand, Relling’s found a template for the exact model of the van and created a 3D model design. After getting the green light from the client, he brought the van into his shop and went to work on it for the next two months.

“That was an interesting process,” he recalled. “As a builder, you normally use a level or laser for measurements, but those are completely useless in a van because you can never get it level. So, everything is about reference points, and you’re always measuring off something else, almost like shipbuilding.” 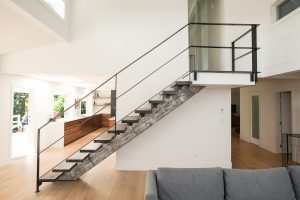 The custom van is one of many head-turning creations in Relling’s portfolio. Past projects have also included fireplaces, board room tables, pool table lights, guitar enclosures, kitchen renos, and more. He also created $400,000 worth of custom millwork for a high-end home walk-in closet and spent over two years crafting interior and exterior elements for a multi-million dollar home in North Vancouver.

“I’ve done a lot of beautiful projects, but I’ve never worked on something like that,” he says. “The level that my client took things to was mind-blowing. It was essentially an 8,000 square foot piece of furniture, and it turned out incredible.” 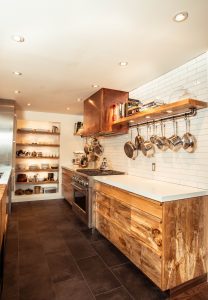 Relling continues to add to his portfolio; the past two years have been amongst his busiest to date.

“As soon as COVID hit, the phone started ringing. I was working from home seven days a week, just cranking stuff out because there were a lot of people stuck at home who wanted to do renovations and home improvements. I don’t think that I took more than ten days during the whole pandemic.”

Relling says his growing portfolio is owed to a modest social media presence, customer word of mouth, and the reputation he’s built among his community.

“I thrive on new challenges. If I have to do something too many times, it gets boring, so it’s fun to switch it up. Being creative and problem-solving is just in my blood. I enjoy building things – it doesn’t matter what the material is; I just love to create.”

Corner Solutions for Any Kitchen