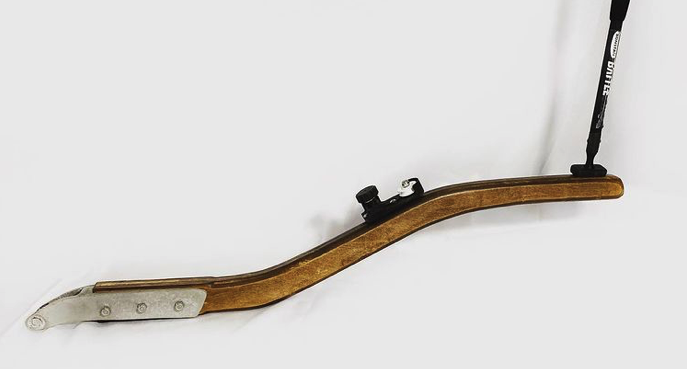 I like to scroll through Instagram to find inspiration for articles; it’s an excellent way to see what’s out there and what people are proud of. That’s exactly where I found Matt Webb and his company Coastal Bark Woodworking. Based in Halifax, NS, one thing that caught my eye was his list of specializations: custom-made furniture, finishings, and marine interiors.

The specialization of the marine interior caught my interest because that’s hardly a common skill set. Originally from Brisbane, Australia, Webb is a trained cabinetmaker who has extensive experience working on boats.

“The interesting thing about working on boats is there are no right angles,” Webb explained. “It’s really fine woodworking.”

He’s done a great deal of work on pleasure crafts, yachts, and even superyachts, up to 100-foot boats. No two of these high-class, high-end boats are alike. Webb finds that he really enjoys the detail required to work on these vessels.

After moving to Nova Scotia in 2008, he used his background and experience to join a local company as a kitchen cabinet maker. Although he’s been focused on sales for a different company the last few years, he couldn’t stay away from woodworking completely. He spent most of his time working an odd job for a friend or on a passion project for his home.

Webb only started Coastal Bark Woodworking in February of this year as a side-project, but he finds it’s taking up more and more of his time. So much so that he needed a new workshop.

“I’ve been working out of my basement, but I’ve started building a workshop in the backyard,” he told me. Since our conversation, the workshop is almost complete. “It’s a little smaller than I planned because of a creek on the property, but it’s bigger than the basement!”

It took a few months, but Webb started using the workshop out in the sunshine before it even had a roof, making good use of his new space to work on the shop itself, as well as some other projects.

“I’ve been doing a little bit of everything, stairs, veneer work, solid custom furniture, and I’ve been getting into epoxy,” said Webb. “Right now, I have a few projects on the go. I’m working on some columns, renovating a hundred-year-old house, and making the tiller for a yacht.”

This last project brings him closer to his goals.

“Eventually, I’d like to get back to marine interiors,” he told me. “Focus on that in my business.”

He would certainly have no shortage of customers in Canada’s self-proclaimed ocean playground. Approximately 13 million Canadians go boating every year, 2.3 million of whom own boats. Nova Scotia is almost completely surrounded by water; dotted with endless inlets, coves, and harbours, the coast stretches over 13,300 kilometres making boating and sailing highly popular.

The Halifax Waterfront Marina alone offers multiple berthing locations over more than 1.5 kilometres of public berth space, providing more than 732 metres of floating docks. With six additional yacht clubs and marinas in the Halifax area alone, it’s a hotspot for the sport and an excellent place for Webb to set up shop.

BC awards recognize excellence in wood