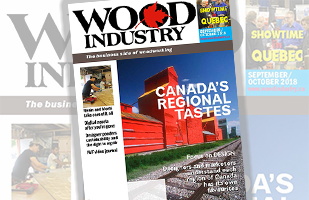 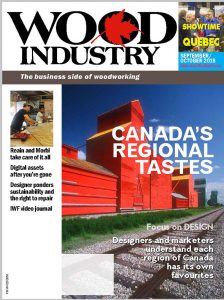 Like the homes dotting the harbour in Lunenburg, N.S., Canada’s design palette, is a vast, colourful and purposeful one. And our climate certainly drives choices that are made during design projects.

According to Jason Kasper, principal, Ideate Design Consulting of Winnipeg, Man., president of the Interior Designers of Canada and president-elect of Interior Design Continuing Education Council, the climate is constantly a factor in his part of the country. “The one thing we have to be mindful of always is wood and humidity maintenance. We are less likely to use wider natural planks just because of the volatility and variation if we can’t control humidity from a temperature swing which can go from minus 30 to plus 30 Celsius during the year.

“There are some evenings in the summer where we go from plus 30 to 10 degrees. That is pretty fast for materials to go through in their ongoing acclimation.

“People always have their mind and their eye on the weather here because it can vary widely. Summers can be extremely humid which wreaks havoc with all sorts of building components.”

Despite this environmental assault on such natural products as wood, Kasper observes a return to these types of materials, such a barn board. “Being an agricultural community historically, Manitoba has an abundance of building stock that has been able to age and weather to produce this very trendy material. There is a lot of reclamation that is happening, whether it be from barns or hardwood flooring from old high schools that are getting either repurposed or renovated.”

Kara MacGregor, principal of Mac Interior Design in Halifax, N.S., believes that materials and finishes work well when they are authentic to the design project’s region. Her company is busy with hotel clients across Canada and has found that the further up the hotel hierarchy, the more they are mindful of local tastes. “Hotels really do appreciate that their guests are looking for an authentic local experience,” says MacGregor.

“There is a huge movement away from what we used to see in hotel rooms 20 years ago where everybody had the same artwork, bedspread and carpet. You don’t really see that anymore.”

Based in Toronto, Ont., Lynn McGregor, founding principal of McGregor Design Group, whose company has worked on commercial office projects across Canada, agrees that regional cultural sensitivity plays a huge part in successful interior design. “People in Vancouver need a different approach to say colour palettes and textures than people in Toronto,” says McGregor. “It is the same thing with people on the east coast. There is a different sensibility that the local culture has when it comes to colour and finishes.”

She cautions that trends can simply be fads when taken out of context. “I feel that this trend toward faux wood is going to be short lived.

“There is a disgusting product that I saw in an office space that was a plastic flooring that was supposed to look like hardwood and it had a pink tinge to it. They put it down as an upgrade from carpet for this tenant — it was supposed to be an upgrade and it just looked awful. And quite often these faux products are not cheaper than the original hardwood.”

The restaurant world has been guilty of adopting the rustic, grey wood look, but it rarely feels authentic, according to MacGregor. “The people stuck with those interiors are going to be renovating fairly quickly. I do think in places where there isn’t really a connection to something real that that trend will fade very, very quickly.”

Kasper feels that design is an interesting time right now. “Porcelain wants to look like wood and wood is trying to look like metal,” he says. “It’ all about market share and about durability and the product characteristics. I think that I would always advocate that that is what distinguishes a professional interior designer when doing projects. The ability to really analyze and assess for a client what the pros and what the cons are beyond the aesthetic.”

To create an authentic local experience for a hotel in Dartmouth, N.S., “the city of lakes,” MacGregor took hold of the local activities of paddling and kayaking. “When we designed that hotel that was our iconography. We have wood slats that are like ripples that created waves all across the ceiling and flowed down behind reception over images of kayaks and boats we had printed onto wood veneer.” For a hotel in Newfoundland on “iceberg alley,” MacGregor borrowed heavily from the scenery in her design. “We referenced some ice and some snow and tied into the whole iceberg aesthetic into the carpet.”

Since Mac Interior Design has carpet designs created for clients around the country, it is aware of sensibilities with this material in particular. “There’s a carpet manufacturer in Quebec — and their designers are from Quebec — and they have a dramatically different colour sensibility to the rest of the country. They’ll bring these carpets out and we’ll say, ‘we can’t use that. That’s orange, that’s wild, what are you doing?’

“But in Quebec, that works. They definitely have a different design aesthetic there.”

At McGregor Design Group, there is a sensation that design quality is sinking in with consumers’ thought processes and that there is less of a race to the bottom towards choosing cheap Chinese imports. “For cabinets that are locally made you know that the cabinets are to a standard that you want,” McGregor says. “So, you don’t have awful off-gassing or whatever. I think is really important that there is a move towards choosing things that you will be proud of for years to come.”

Part of the locally-sourced trend has been the amount of information available to clients and consumers. “There has been so much publicity around the toxic products coming from offshore,” says McGregor, “that I think consumers are more than ever very happy to support local manufacturers. It’s about time.”

For designers, there are wider tastes that come into play when a colour palette is on the table. “In the northern hemispheres and in North America,” says MacGregor, “if you do a survey about what everyone’s favourite colour is, you’re going to find blue wins out. With evolution, we have learned to discern more types of blue from living in one part of the world for centuries than living in another. You’ll see bright colours closer to the equator, and more blue, muted colours closer to the north.”

A corporate client with branches across Canada can face a particular design challenge. A national bank wants to have its brand consistently displayed, while appealing to the people who enter any given branch, according to McGregor. “If they want something exactly the same so that an office in Halifax is going to look exactly the same as a branch in Toronto and one in Vancouver, they aren’t going to work,” she says.

“But while there has to be continuity, there also needs to be some sensitivity to the regional way finishes resonate with people. It has to do with not just the culture of the region, but also the way the light flows in different regions of the country. Colours that would look wonderfully handsome in Toronto just don’t work at all in Vancouver.”

Kasper thinks the market is always looking for distinctions between television design versus real design. “Television design opens up our eyes to what is out there,” adding the design community is “secretly” watching HGTV.

Well-designed spaces, he notes, are both good-looking and functional. “So, thanks HGTV for exposing design and creating not only an exposure but almost an entitlement of the population to well-designed spaces.”

Reain and Morbi take care of it all