Canada will enter a technical recession in the first half of next year, according to Scotiabank’s senior vice-president and chief economist Jean-Francois Perrault. 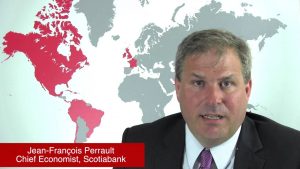 A technical recession occurs when a country has experienced two consecutive quarters of negative growth in gross domestic product.

Scotiabank expects growth to slow to 0.6 per cent in 2023, from 3.2 per cent this year. This will have serious implications for the central bank’s rate hike path, says Perrault.

“The Bank of Canada will need to tighten rates to 4.25 per cent by the end of the year and keep them there well into 2023.”

This is much higher than Scotiabank’s previous terminal rate forecast of 3.75 per cent. The change in view reflects fiscal support measures being rolled out domestically and the impact of a rapidly depreciating Canadian dollar.

“The Bank of Canada’s inflation target is unlikely to be reached before 2024, and is expected to be slightly below target in the second half of 2024,” says Perrault, adding the global economic outlook continues to depend critically on inflation. 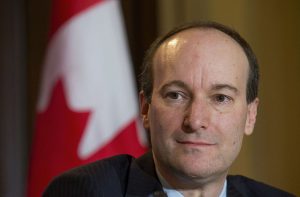 “Simply put, inflation did not fall as much as expected last month, even though gasoline prices dropped significantly,” says Bank of Montreal’s chief economist Douglas Porter.
“Core inflation remains extremely persistent and inflexible at over five per cent.”

“There was concern that the longer inflation remained high, the greater the risk that high inflation would persist.”

Scotiabank’s Perrault expects the U.S. to trigger the “mild recession.”

“We now believe the Federal Reserve will have to raise its policy rate to five per cent in early 2023,” he says. “This is 150 basis points higher than our last forecast.”

BC Wood Welcomes New Additions to Board of Directors