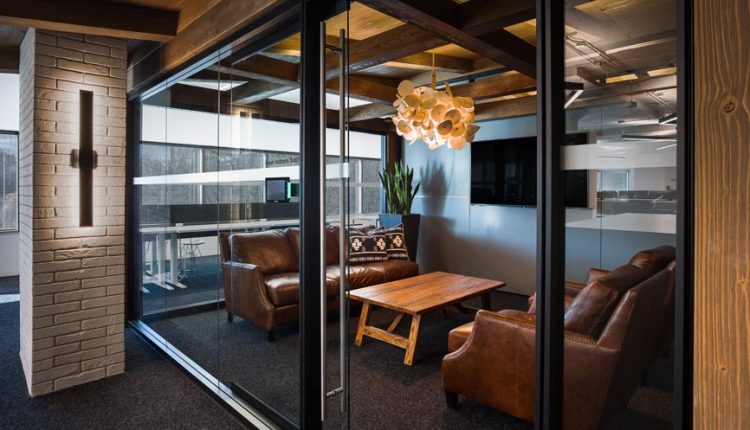 In 1955 four Ottawa brothers – Louis, Gilbert, Irving, and Lorry Greenberg – joined together to start Minto, a homebuilding business. By 1986, Minto had expanded from Ottawa to Florida, established a toe-hold in Toronto and made its first foray into green building, developing the prototype Innova House to showcase state-of-the-art technologies such as solar-generated electricity. The project eventually led to new and innovative approaches in construction that would continue to today.

Minto was one of the first builders in Ontario to introduce pre-fab framing – increasing quality, lowering home prices and reducing waste. In 2008 they were the first company to be named Green Builder of the Year by the Ontario Home Builder’s Association.

This year’s Collision conference, provided statistics according to which 90% of employees want hybrid work and 64% of hybrid workers have experienced improved work-life balance. Thus, the Minto team asked, “after being away from the office for nearly two years, how do you create an office space that people want to come back to?”

They thought about what it would mean to work in an office again after the pandemic and brainstormed solutions for their Ottawa and Toronto offices. As Michael Waters, CEO of the Minto Group, says about the project, “If we’re inviting people back, we’re not inviting them back to the same old, same old. We’re making that commitment to them and putting our money where our mouth is.” For him, it is “a statement about who [they] are as a company.”

With the collaboration of human-centric interior designer Susan Brewster and the Place & Spaces team, new floor plans, technologies and interactive spaces built for a hybrid workforce replaced the old cubicles.

Here is the checklist the Minto and Places & Spaces teams worked with:

– Is the space functional—physically, mentally, and organizationally?

– Is it an environment where employees will actively participate to create the future?

– Is it a ‘smart spend’? In other words, are we minimizing hard-scaping and maximizing elements that already exist or are transportable?

Creating a workplace people want to come back to

The “Great Indoors” space in Toronto office is just one of the ways Minto has brought the concept of home to work. Working closely with DIRTT Construction Systems to build prefabricated interior spaces, both Ottawa and Toronto were able to enhance the enjoyment of being in the office.

As for Ottawa’s offices, their completely remodeled space is inspired by Minto’s eco-friendly tree logo. There are 2 500 plants located throughout the two floors, and of that total, 1 100 can be found on the bio wall – also known as the living wall – located at the office entrance. The calming feature is the work of Vancouver-based GSky Plant Systems.

Visual changes of scenery, different stimulation, noise levels, lighting, colours, scenery, and furniture have also been considered to ensure utmost comfort for employees. Moreover, different work styles were taken into account, recognizing that everyone works differently, and that not every day at work is the same.

Different options were introduced for various work styles and needs, such as:

– Lively workspaces for those who thrive in a beehive of activity;

– Places to collaborate on a task with a single co-collaborator or entire team. 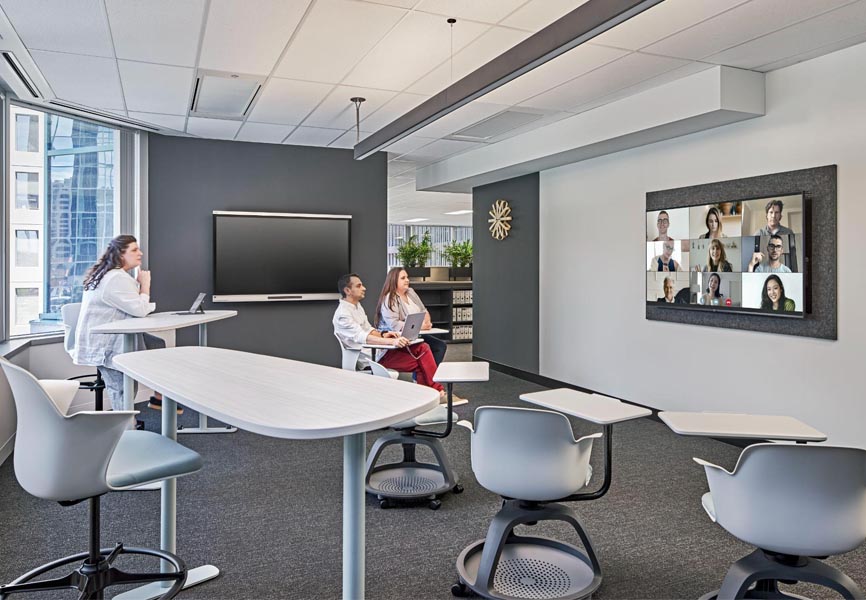 Furthermore, aware of the fact that people are generally social creatures and might miss the watercooler interactions, mentorship opportunities, and camaraderie that occur in the workplace, they made sure both offices include various spaces where staff can gather, have lunch, play games, and chat.

“People are loving it because they have the best of both worlds,” said Jo-Ann Taylor Vice-President of Human Resources for The Minto Group. “We do invest in our employees. The fact that we spent the time, money and effort to redesign the workspace, to make it a better place to come and celebrate and work together, people have been excited and appreciative of everything the company has been doing.”