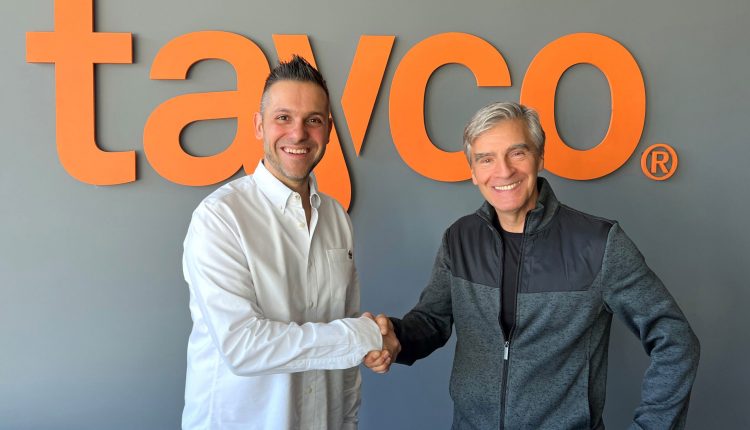 “The amazing culture and striking manufacturing space is what first attracted me to Tayco,” said Melnik. “Our energy and investment will enhance the Tayco brand, increase efficiencies, and allow us to expand into new market sectors.”

The new Tayco owner and CEO did not elaborate on what those new market sectors might be, but industry watchers are expecting the marriage of the two companies to lead to innovative, highly-designed products.

On its LinkedIn page, Tayco features a video showing its more than 200 000-square-foot manufacturing facility.

BRC is located about 50 km west of Toronto in Georgetown, an unincorporated community in the town of Halton Hills.

The Growjo corporate data website estimates BRC’s annual revenues at $26.1 million and claims the company has 91 employees, a figure that reportedly grew by 20 per cent in the past year.

Kevin Philips, Tayco’s outgoing top exec, is staying on as a consultant with the company his father founded.

“Since my dad, Phil Philips, launched Tayco in 1976, it has been our mission to create jobs, foster an engaging culture, and create inspirational workplace experiences through our product offerings,” said Philips.

“I am thrilled to have been a vital part of Tayco’s journey and am even more excited for Bill’s expertise and entrepreneurial initiative to further progress Tayco’s mission.”

As a second-generation owner of Tayco, Philips had been with the company for more than 25 years and is considered an industry veteran.

“The Philips family have laid a strong foundation and I am overjoyed to lead Tayco’s future success while honouring its rich history,” said Melnik.

On the LinkedIn social media website for businesspeople and professionals, those in the furniture industry from throughout Canada praised Philips for the work he did in building up Tayco.

“You and your team did a spectacular job in growing the Tayco brand and the Tayco portfolio of products over the last several years,” wrote Terry Hickey, the president and owner of e3 Office Furniture & Interiors, on the social media website.

“We are very proud to sell Canadian-made products to our customers. Sales of BRC products to the federal government and our private sector customers helped us greatly in the early days of our business.”

“I look forward to seeing Bill’s expertise enhance Tayco’s offering and our ability to compete with our American competitors.”

Under the terms of the acquisition, Tayco will continue to function separately from BRC which, as an aligned manufacturer with U.S.-based, publicly-traded MillerKnoll (NASDAQ: MLKN), serves its dealer channel with rapid prototyping and the creation of high quality, flexible case-goods products.