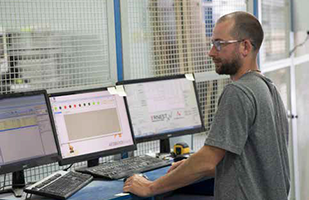 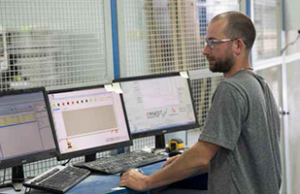 The Ministry of Labour in Ontario (MOL) has a list of “workplace inspection blitzes and initiatives” for the new year, part of its annual deployment of industrial health and safety inspectors to fabrication shops and businesses across the province, and you are on it.

Machine guarding has been identified as one of the blitz categories, so wood and metal shops are being advised to be prepared for an unannounced visit from an MOL Health and Safety inspector from February 1 to March 29, 2019. No phone call or prior written notice is provided to a company prior to an inspector’s visit.

“Every year we do an initiative (also called blitzes),” says Ronald Landry, acting provincial coordinator at Industrial Health and Safety Program, MOL. “Just because you have a woodworking shop doesn’t mean the Ministry of Labour is going to come knocking on your door — we don’t have the resources to do that — but there is a chance that they could.”

According to Landry, an inspector shows up unannounced and introduces himself. “They will go through the workplace and take a look physically at what’s there. They may ask to look at training records and things of that nature.”

Surprise? Yes and no

What the inspector is doing is part of the initiative, explains Landry. “The goal is to raise awareness of these workplace hazards. They are doing their inspection to find out if something doesn’t meet the minimum standard of the provincial Health and Safety Act.”

Before every health and safety blitz, the MOL posts a list on its website of what to expect from the initiative, whether it has to do with machine guarding or another focus, such as warehousing.

“The whole idea with the initiative is not to sneak up and ‘gotcha,’” says Landry. “It is to report the internal responsibilities system, because at the end of the day a properly functioning system is the best protection for the workers. When management and workers work together for recommendations to the company’s health and safety committee or through their worker member rep, they have a way to improve health and safety in the workplace. In those circumstances the internal responsibility system can go above and beyond the minimum standard. We only enforce the minimum standard.”

Landry uses the example of having a guard available for use on a table saw. “The supervisor has to make sure it is readily available,” he says, “and if the worker wanted to use it, then that machine was still not necessarily in compliance. The guard actually has to be in use on the machine when the workers are working on it. Merely having that guard available is not compliance.

“The workers and the supervisors need to understand that, because it will get somebody in trouble sooner or later. I have run into that once or twice in the field. I thought it was kind of strange.”

Inspectors can issue work orders for machines with a compliance deadline specified, a machine stop order, or write tickets on the spot, according to Landry. “Similar to when you are speeding you get a speeding ticket,” he explains. “There is a schedule of offences that inspectors have, for example, if the worker is not wearing safety glasses.”

In accordance with the Provincial Offences Act, MOL inspectors have the authority to issue a ticket or summons for minor OHSA violations and may also initiate prosecutions for certain violations. Currently, the maximum fine resulting from a ticket or summons is $1,000, though most violations of this nature are subject to a set fine, which generally does not exceed $300. A successful prosecution, though, may result in more severe penalties; individuals may be subject to a fine of $25,000 or imprisonment, while corporations may be fined up to $500,000.

British Columbia and Nova Scotia currently use administrative monetary penalties (AMPs) for OHS contraventions. Offences are prescribed by regulation with fixed fine amounts set as penalties. Labour stakeholders and some MOL inspectors have expressed support for AMPs as an intermediate enforcement tool to be applied to offences for which a relatively small fine would not provide sufficient deterrence. Employers view the current system of tickets and prosecution as adequate and are concerned that AMPs will not be consistently applied, according to the Ontario MOL website.

During the 2018 machine-guarding and electrical-hazard blitz from January 15 to February 28, Ministry of Labour inspectors visited 181 wood and metal fabrication shops out of a total of 694 workplaces. The fab shops were issued 1,291 orders and requirements, as well as 60 stop orders.

In 2016, the Workplace Safety and Insurance Board received 2,653 claims from workers for lost-time injuries involving machine guarding and electrical hazards – injuries that resulted in workers having to take time off work. These included: 1,773 claims involving compression by equipment or objects or collapsing material; 347 claims rubbing or abrasion by friction, pressure or jarring by vibration; 37 claims involving electrocutions, electric shock; 27 claims involving burns (electrical); and, 383 claims involving amputations or enucleations (removal of an eye).

Despite these statistics, at the end of the day the chances of receiving a visit from an MOL inspector are slim. “There are 450 inspectors across all programs across the entire province,” says Landry. “You can do the math.”

Under the new provincial government, changes are being made to procedures to ease burdens on small businesses while still maintaining health and safety standards. “As a ministry we know we’re increasing our focus on small business and trying to get resources specifically for small business,” says Landry.

“You are trying to keep the place open. You don’t have the resources of a big corporation with an HR department and a health and safety specialist.

“We realize that as a ministry and we’re trying to create more resources for small business to help them understand and achieve compliance because it’s a challenge.”