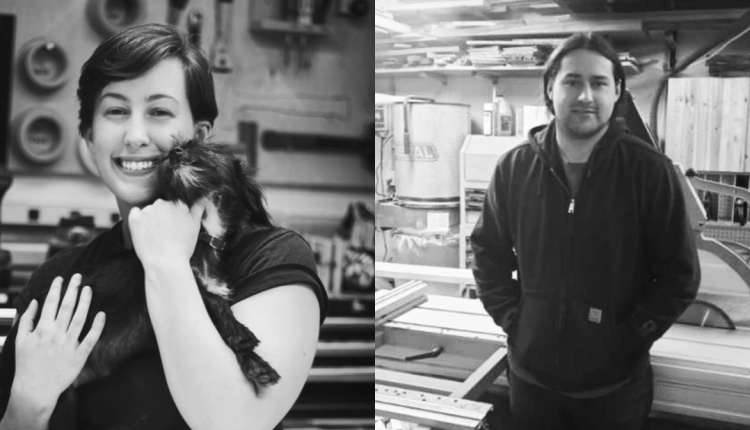 Last week we ran a feature putting five amazing BCIT graduates in the spotlight. This week we follow up with five more. 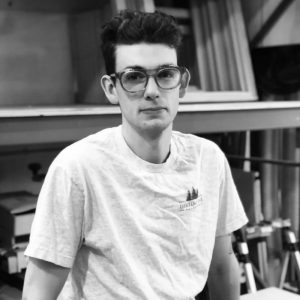 Pursuing his lifelong interest in joinery, Mark Jackson came to BCIT’s Foundation program. After completing the program, Jackson found a small woodworking company that he loved and has worked there ever since.

He completed his apprenticeship in 2020 and has since worked on quite a range of projects gaining a good range of experience while staying with one employer. Recently his focus has been restoration and reproduction of historical millwork and windows.

“I enjoy the work as I get the satisfaction of production-based tasks, but there’s still a chance to fuss over details,” said Jackson. “My favorite aspect of woodworking is that there’s no end to what can be learned and improved upon. There are so many niches and techniques to delve into, and it’s tough to imagine ever getting bored.” 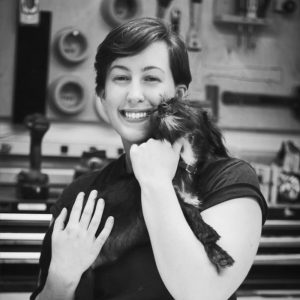 Devi Hite started in joinery on a whim, having never touched a power tool. In 2017, she earned her Red Seal and today has built everything from large-scale interactive science museums to small-scale boutique designer homes. She oversees several apprentices working at Vertical Grain Projects and helps bring clients’ ideas into reality.

“Creating for me isn’t a passion; it’s an absolute obsession,” said Hite. “It drives me to distraction. Once I had conquered all the art, craft, and hobby mediums I could, woodworking seemed like the next level. At the time, I had no idea how many other creative gateways it would open for me.” 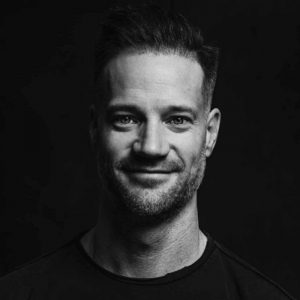 Brock Johnson started his woodworking career at BCIT where he fell in love with using hand tools and built strong relationships with his peers and the instructors. They were instrumental to his growth and creative thinking throughout the program. He has worked in custom veneer work, restaurant millwork projects, door manufacturing, and commercial and high-end residential properties in the industry.

Johnson has taken the knowledge and skills he gained from the program at BCIT and the companies he’s worked for to follow his passion for creating custom furniture. He launched Marka Furniture Co. in 2020, which has been steadily growing since with small and large projects throughout the Lower Mainland. Johnson is a lifelong learner who endeavors to master his process with every project he is given.

“I looked forward to getting back to school every year, elevating both artistry and competence while thoroughly enjoying the practical learning process,” said Johnson. 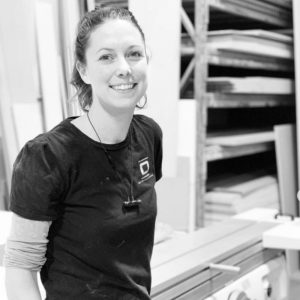 Becky Wallace started her joinery apprenticeship in 2013 and graduated with her Red Seal in 2017.

“I loved being in the BCIT Joinery courses, especially third and fourth year,” said Wallace. “They were both very challenging but so rewarding!”

Today, Wallace is a leader in her trade, working as foreman and head installer at Out of Line Designs.

“Being in this trade is so fulfilling, but being in a small shop is even more so because of how involved I am in every aspect of it,” said Wallace. “I love getting a challenge, thinking it through, and executing it. I am a perfectionist regarding my work and the final installation. Nothing better than a flawless scribe! My job is so rewarding.” 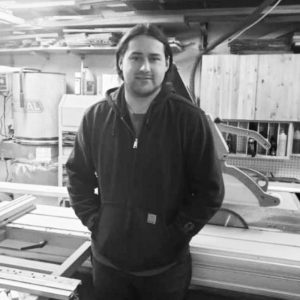 Nathan Morin started the Joinery Foundation Program in 2012 and graduated with his Red Seal in 2017. He apprenticed at Nikolai Manufacturing, working his way to assistant supervisor. Constantly pushing to better his skills, Morin began doing side jobs, slowly building a client base.

In 2018, he won the AWMAC apprentice of the year national contest and started his own business. Marrwood Millwork does everything from small interior renovations to sailboat work to custom furniture and kitchens.

Breena Jackson is an award-winning Faculty member in the Joinery Department at the British Columbia Institute of Technology.