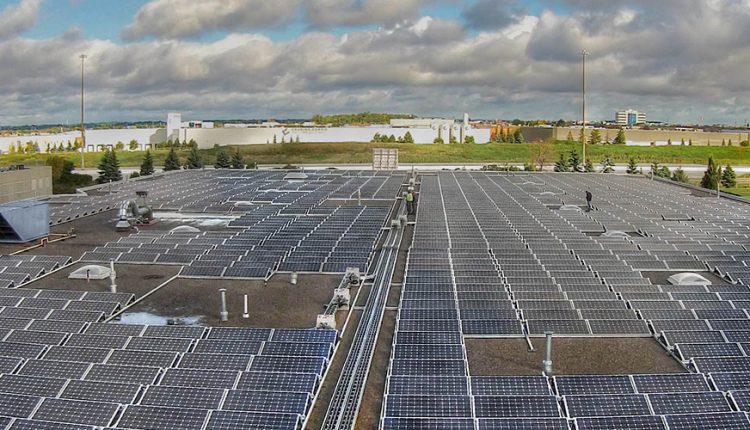 AyA Kitchens is proud to announce they are taking their commitment to the environment one giant leap forward with the commencement of a 500 kW solar rooftop project on their manufacturing facility. Over the past 20 years, AyA has implemented a variety of eco-initiatives, ranging from designing in-house production software to reduce waste, eco-friendly cabinetry, recycling programs, water-based finishes, and partnering with the University of Toronto on a Phytoremediation project on their property. The imperative of taking steps to combat climate change means we all have a responsibility to lower our energy consumption and reduce our carbon footprint. AyA Kitchens’ new solar project will see over 1000 solar panels installed on their manufacturing facility rooftop. They expect the project to be completed in early February of 2022.

AyA Kitchens and Baths will be installing a rooftop solar photovoltaic (PV) system at their 1551 Caterpillar Rd, Mississauga facility. The 533.82 kWDC solar PV system will comprise 1148 solar panels and will generate approximately 550 MWh of renewable energy on average per year. The 450kWAC Distributed Generation (DG) system will be interconnected to the buildings load system, set up with Alectra Utilities as a net-metering project, aiming to offset more than 17% of the facilities existing energy consumption. The energy offset of this facility over the expected 30-year project lifespan will be the approximate equivalent of planting over 243,131 trees (carbon equivalent) and will reduce facility carbon emissions by 10 thousand tonnes of CO2 during that time.