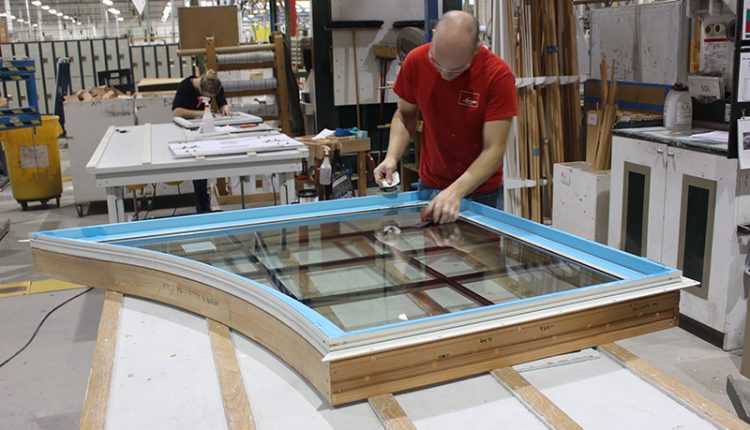 When architects want to wow a high-end budget client, giant windows and craftsman doors can make a satisfying statement about status, taste and function. 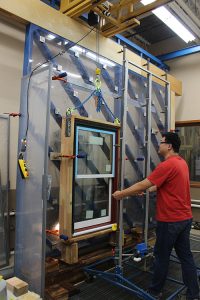 Loewen Windows and Doors of Steinbach, Man., has been working with wood for over a hundred years when the original Loewen family business made church pews and beekeeping equipment for Manitoba farmers. Today its high-end products are specified by architects in stately homes across North America.

Clyde Loewen, senior vice president of product and marketing, grew up in the business’s multi-generational environment. “Saturday mornings when we weren’t in school, we could come and make a nuisance of ourselves in the shop,” he says. “It was typical back then that the drumbeat of work, the shop and the lumber yard — which is where this came from — there would be a five-day work week plus Saturday morning.”

Loewen had several older brothers who found their way into the business before he came of age, so his path was already well worn. “I was a younger brother and wasn’t expected to lead since there were already people there. My father headed the company until he passed away quite suddenly in the mid-’80s.”

Loewen’s path around that time was to take a couple of years business school, and then found that he was more interested in the science and technology. “I switched over to science and got a physics degree. Of all non-practical things!”

His Master of Physics degree studies were cut short when the father passed away. Loewen decided to come back and join the company with his technical science background, knowing he had other people leading the company already. “It was kind of practical for me to get into the product development area,” says Loewen.

After a couple of years in the Calgary branch location to learn the business, then close to three years in Toronto where the company did final assembly, Loewen also learned customer service in that market’s then small operation. Combining a business and science education, along with his work in branch locations, he returned to Manitoba in the fall of 1990 to head up the product development area.

“The product area has been my home base ever since,” says Loewen. His background made him a natural for technical areas like quality and engineering, where he led a project to implement an MRP system. “I found it is a challenge because typical technical people don’t really like the marketing side that much because it’s sort of soft.”

In the mid 1980s when he started, the company was almost a regional Canadian provider of windows and doors. “Before that we would have been very Western Canadian focused. Then we went into Ontario in a bigger way and opened up a Mississauga operation in 1988.” 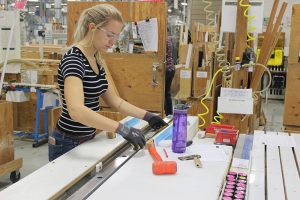 With the North American Free Trade Agreement in place, the company found that tariffs weren’t a big thing in its industry. “It was sort of a signal that there was a whole U.S. market that we found our product was very well suited to,” says Loewen. “We made a product that was robust and had triple glazing for the Canadian market already. We had already used Douglas Fir as our base wood species. We found that that all added up to a real kind of quality higher end presence in the U.S. almost by happenstance. And it was not a bad time for the Canadian dollar back then.”

When eyeing the U.S. market through the 1990s, Loewen found a whole bunch of different window companies all serving the same market. It turned out that the luxury or the highend market was where the company was ideally suited to occupy.

“We weren’t necessarily what we call really high end or luxury,” says Loewen. “We were really good value and started developing more and more into that really higher end market. Some other companies had that perception, but it wasn’t a well identified market at that time.” 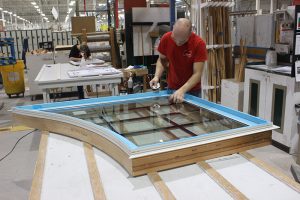 During that time the PVC segment was starting to grow and really take hold, according to Loewen, “particularly in Canada where it has become to dominate the middle end segment and now it’s the material of choice for the track or housing market. It has happened in the U.S. as well.

“There is still this core higher end market in the U. S. that is attracted to the warmth and beauty of wood. That is our niche — we don’t make a PVC product.”

There are challenges working at the top end of the market for the company, in particular because it is dealing with people who want something very specific for their home. “Almost always with our company and our portion of the market means dealing with an architect,” says Loewen.

“Architects want to make their own specific statement and their clients want that. They often want what a lot of people would call custom or very high choice. We consider those slightly different. High choice would be maybe a lower end producer who would offer two or three finishes and hardware. We may offer six or seven painted, oil rubbed bronze, a solid brass, a brushed steel, a brushed chrome, polished chrome. That’s an example of high choice. Those are all standard choices, but you need to offer all of them.

“A lower-end producer may have five colours of cladding, painted cladding finish. We will offer more than a dozen plus many more architectural or custom colours as well as anodized finishes. Most of those are standard but very high choice.”

To accommodate the choices, Loewen’s operation needed to facilitate it. “In terms of wood processing,” says Loewen, “rather than having one or two widths of mullion bars on a window you might have four different widths and three or four different profiles in those widths. Those bars need to be fitted and have quite high tolerances for the fit and finish of those profiles — how they fit the sash and so on. Those are all high choice.” 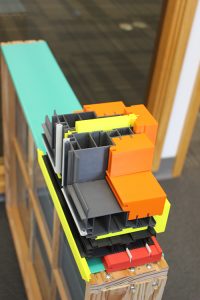 But the line is crossed into custom when someone says “I don’t like that. I don’t like any of your standard choices,” Loewen says. “I want the one that my architect has designed and or I want you to replicate this 1863 original home that was on my property and it had this. Will you do this? That is pure custom.

“You couldn’t predesign it because you didn’t know what they were going to ask for beforehand.”

As a result, the company has found it tough to automate choice within a standard production line. “It just complicates each step of that production line,” says Loewen. “That’s why you fill it in with manual processing a lot of the time.” On top of that, the company’s business is still a seasonal one where it needs to manage its labour force accordingly. “But there is only so much you can do.”

Nevertheless, the company has invested fairly heavily into CNC equipment in the last couple of years. “We could do a lot more and will do more. You have got to make sure there is a payback and make the equipment work for you.”

The need for new product development is constantly on the mind of Loewen and his team. “We feel we need to improve product category X. It’s time for a new casement window because the old chassis needs to perform better or make it more efficient to produce. Incorporate this feature or that feature. That sort of thing. The ideas from that would come from looking at market trends, what your competitors are doing.”

With everyone in the industry being aware of what the others do, it is often difficult to tell whether something is a trend or a fad, and some of them have longer life cycles than others. “Colours can come and go,” says Loewen. “They can be hot for two years and then go away.”

To help them quickly investigate new ideas, the company has also invested in 3D visualization design software and 3D printers. “We use our 3D printers for design work to either demonstrate or actually work through designs to see if they will work, such as for components of a window system where you’re problem solving. The other use we have is for actually producing components that are required for special applications where it doesn’t pay to get an actual injection die mold.”

Pressures come from dealers, architects and designers that tell the company what they would like to see. “You listen to the designers because they have things they would like to accomplish for their clients,” says Loewen. “But you need to always make sure that you can be profitable in meeting those needs.”

It’s never too early to incorporate

Oblivious: Designers must see the trees for the forest