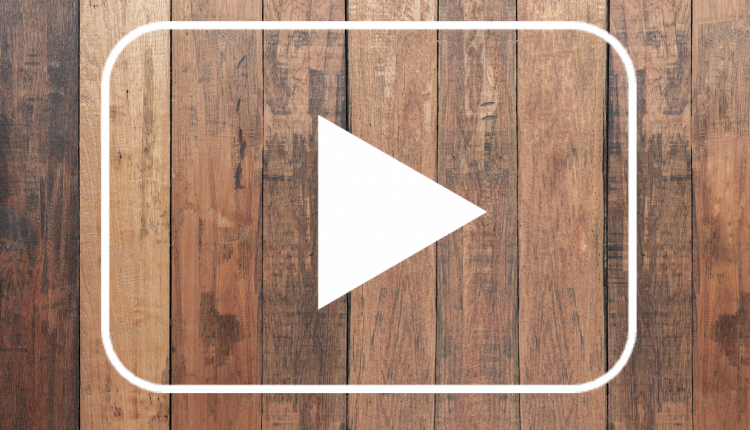 Many woodworkers bring their work home with them, but in a fun way. After spending the week working with industrial equipment, many go home and tinker away in their own shops as hobbyists. Working in this industry requires a lot of technical skill and creativity, leading to some fantastic personal projects. Whether you’re a maker, designer, woodworker, or even just an enthusiast, here are four Canadian woodworkers to check out on Youtube for inspiration and entertainment.

Dusty makes the Canadian woodworking community proud in this YouTube channel filled with instructional, insightful, and entertaining videos. Filmed from his workshop in Magrath, Alberta, the quick clips tackle everything from cutting techniques, equipment demos, online marketing, project tutorials, and even waking up crew members with heavy machinery. Dusty’s YouTube channel extends his Dusty Lumber Co. website, where you can find his blog, portfolio, and merch. Since joining the platform in 2016, he has gained over 229K subscribers who keep up with his short-form videos.

If you like your woodworking videos with a side of Canuck attitude, look no further than the crew at Canadian Woodworks. Filmed in Rockwood, Ontario, the page invites viewers to follow along as Paul Lemiski and his team build their business “from my mom’s basement to my dad’s barn” while entertaining and educating their 41.5K subscribers along the way. Whether documenting projects or workshop activities for “Slabturday Saturday,” showcasing equipment in “Tool Tuesday,” or providing weekly updates on the “Woodworking life,” this channel offers a professional, down-to-earth look at building a business in Ontario since 2010. And for more, check out the team’s other YouTube channel for Legacy Lumber.

Victoria-based Jesse deGeest may not wear a kabuto or kimono, but his woodworking skill is befitting of the ‘samurai’ title. The name came about when a close family friend watched him use his tools, with his Japanese saw hanging off his back. He thought that deGeest looked like a Samurai, so the moniker was born. For deGeest, the purpose of making videos is “to keep the focus on wood and the progression of skill development and less about collecting tools and browsing social media looking for inspiration.”

This philosophy shows through a series of on-the-job videos, “how-to” clips, project showcases, and viewer chats hosted by deGeest and friend Adam Henkel. They’ve been creating content on the platform since 2009 and have since accumulated 850K subscribers.

“I am a woodworker because I grew up in the woods, and the images that dance in my head begging to be made manifest are primarily wooden in nature,” adds deGeest. “What I hope to bring to the woodworking community is action.”

We have good things to say about Canadian YouTuber Matthias Wandel, but you can see why we’re fans of this New Brunswick-based woodworker yourself at this popular channel. Wandel approaches woodworking with a sense of engineering curiosity that makes his videos enjoyable and compelling. It’s easy to see how he’s accumulated 1.7M subscribers in his 14 years on Youtube.

“I like to use more of an engineering approach to woodworking and often build mechanical things with moving parts,” he says Wandel.

One of his most popular build videos is his Building the Pantorouter video, a condensed version of his nine-part Pantorouter Build Series.

The pantorouter is a precision woodworking machine used for mortise and tenon, simple angle, and compound angle joinery. He can also achieve dovetail and box joints, depending on the template he uses. He makes it look easy, and his explanations are technical enough to satisfy woodworking experts but simple enough for a layperson to understand and enjoy.